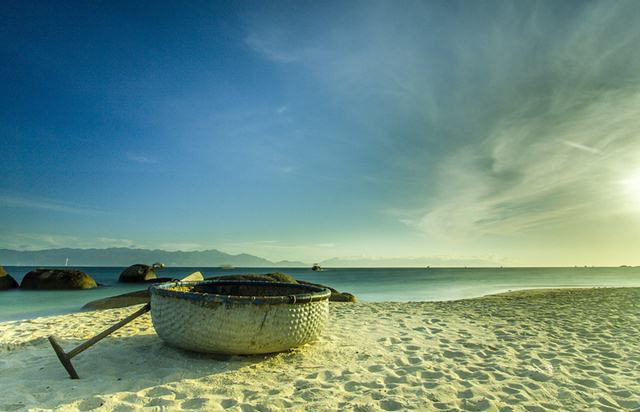 Vietnam is a place with quite a controversial climate. Weather of southern parts differs greatly from natural conditions of the North. So, if you don’t want to be caught by heavy rains, typhoons or high temperatures, you should learn about the peculiarities of Vietnamese weather.

In general, the climate of Vietnam is referred to a tropical monsoon type of climate. What is a monsoon? Some people mistakenly think that monsoon is the period with heavy rains. In fact, it is the change in atmosphere, when wind system reverses its direction according to season. It is really marked with heavy rains, but it also includes a dry phase. More detailed information you can find here: https://en.wikipedia.org/wiki/Monsoon
The weather in Vietnam is greatly influenced by monsoons. Two monsoon seasons form Vietnamese climate. The first one is the southwest monsoon season. It begins in April and lasts up to September. The second northeast monsoon lasts from October to late March or early April. In Vietnam the southwest monsoon causes wet and warm weather. The northeast monsoon predetermines the weather greatly. Under its influence climate becomes cooler and drier.
To get a handle on the character of Vietnamese climate you should divide the country on 3 areas – the north, the center and the south.

In this part of Vietnam, the weather from November to March is influenced by northeast monsoon. During this period the weather varies from cool to cold. Wet season that lasts from April to October involves temperatures, that change from warm to hot. The parts situated in the far North of Vietnam can be very cold in December and January. So take it into account when packing your luggage.
The winter is quite dry and cool. It continues from November to April. The typical temperature in this period is 17-22°C. January, February and March are the coldest months. Summer months can be considered as the period from May to October. The weather is hot and the air is full of humidity. This period is characterized by frequent heavy rains, especially during the period from July to September.
The best months to go to this part of Vietnam are October and November. During this period, you have a chance to avoid crowds of local tourists. And one more bonus is the mildest weather conditions. Temperatures and humidity are comfortable. Beaches are not overcrowded. These advantages make the last 2 autumn months the most preferable time for rest here.

It is a transitional area between the North and the South. The cost line is sheltered by the Truong Son mountain range. This natural barrier prevents the rains brought by the southwest monsoon from reaching to the coast. As a result, the amount of rains in this region is lesser during the wet monsoon periods than in other parts of the country. But in October and November rainfalls reach their peak on this territory. Occasionally they turn into typhoons.
The southern parts of Central Vietnam, such as Nha Trang, can boast a longer dry season. It starts in January and ends in late August. Temperatures are high, sometimes reaching 30°C. Rains are rare during this period. The most beautiful beaches lie in this area. But they are often exposed to “convulsions” of nature such as hurricanes or flooding due to the lack of land area.

Average temperature during the year remains more or less changeless. Almost all year round it stays mild and in some occasions becomes hot – 25°C-35°C. The weather conditions in the South can be divided into wet and dry. The wet season begins in May and ends in the beginning of November. June, July and August are the rainiest months of the year here. The rains are heavy but not longstanding. They usually start in a mid-afternoon.
The dry season lasts almost half a year, beginning from November and ending in April. The best decision is to go to the parts of the country, which lie in the far south. For example, you can visit the islands of Phu Quoc and Con Dao any time of the year. This part of Vietnam will meet you with sunny days almost all year round. But be careful – wet season can prepare unpleasant surprise in the form of sudden downpours.

Mountain area occupies the northwestern areas and South Central Vietnam. The weather here is quite predictable and even-tempered. All year round a tourist will find here a cool climate. It is the right place to escape from regions with too much summer heat. The rainy season continues here from May to September, as in the majority of other regions.
The most preferable period to go to north-east places is from October to April. And the worst weather in this area is in December and January. These months are the coldest. It is not a good idea to travel through Ha Giang at the time of rainy season, namely from May to September.
If you would like to set off for trekking through mountain area, choose the period between September and November. You can also make your journey in March, April or May. The reason is simple – during this timespan temperature is the mildest. The daytime temperatures vary between 16°C and 28°C. In the night they range from 10°C to 18°C.

When is the best time to visit Vietnam?

It is difficult to find a universal answer for this question. Everything depends on the region you are going to visit. Let us go into this point in more details.

The winters in the north of the country are dry and cold. Sometimes temperature falls to 4°C. If you are not afraid of cold weather, it’s ok. But to be on the safe side you’d better choose spring and autumn for travelling around the north area. March, April, September, October and November are the most favorable months for rest here. Summer period from May to August is usually hot and humid.

As for this part of Vietnam, the best time to travel here is any time between February and August. And if you are looking for hot, sunny days with day temperature around +30°C choose July and August for your vacation.

It is the best area for rest, because during the whole year the temperature here is mild and pleasant. Though there are some months, which can be too hot. In March or May thermometer can show up to 40°C, which can become a challenge for some tourists. One more point is that wet season can bring typhoons. That is way many experienced travelers advise not to go to South Vietnam from April to September. The sea is restless and it often rains.

What to Pack to Vietnam?

This question is vital for those, who want their trip to be comfortable and easy. Here is the list of necessary things, which are really useful while visiting Vietnam.
• A backpack
It is especially necessary thing for tourists, who plan a lot of hiking or trekking, or just walking by foot. You can put in a backpack all your belongings. It may be a bottle of water, snacks, napkins, a baseball cap, photo camera, a warm sweater if you are planning to visit mountain area in winter.
• A Towel
Not every hotel gives towels free of charge. To avoid spare expenditures, it’s better to take your own towel with you. It will be useful after swimming in the sea or if you are accidentally caught by rain.
• Medicines
The set of medicines is a must-have during any trip. Especially important thing is diarrhea remedies. Asia is well-known for its unusual cuisine, which can be very hard to digest for a European stomach.
• Enduring Shoes
If you are planning to go hiking, you should take with you a pair of sturdy shoes. It will defend your feet from damaging and corns.
• Flip-Flops
This kind of shoes are comfortable for hot and wet weather of Vietnam. They will be useful for walks alongside the seaside. They can be easily taken off, if it is demanded, while visiting temples or some restaurants.
Portable phone charger, cream with sun protection SPF, a waterproof jacket, a bug-repellent – these are advisable items, which should be present in your suitcase when you visit Vietnam.

Egypt
Want to learn about Egyptian Hippos? Read on to discover the might of the

France
French doors uPVC are replacing wooden doors because of their manifold advantages, such as

Italy
About nine centuries after the Normans forced the Arabs out of Italy, the country