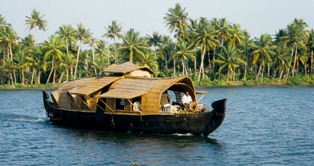 Blackwater is the name of a modern mining town that is currently servicing the open cut coalmines discovered recently in the area. The exact location of Blackwater places it at a distance of 836 km from Brisbane and at the same time it is at least 190 km from Rockhampton. It occupies a strategic spot towards the west of the Capricorn Highway.

The Australian town acquired its unique name from a natural phenomenon that existed in the region. This region of Australia has a heavy population of ti-trees, which let off a black color into the water where they stand. That is the reason for the name of the town.

For the first time visitor the town does not appear to consist of more than a few petrol stations and hotels/motels. That is primarily because of the route that the highway takes along the outskirts of the southern edge of town. However, this route totally bypasses the vibrant shopping centre situated within the town, as well as the extensive miner housing developments that have been developed in the region.

The town was initially designed to accommodate more than 20,000 people. Currently there are about 8,000 people living in the town and the vast majority of them are employees of the local mining companies that operate in the vicinity. The town has greatly shrunk in size compared to the size it was originally conceived to be.

Ludwig Leichardt is credited with being the first man to have discovered the Blackwater coal deposits. He managed to make his way through the region back in 1845 during his trip to Port Essington, which is located in the Northern Territory. Ludwig discovered beds of coal that were relatively indistinguishable from the coal deposits that were discovered earlier on the Hunter at Newcastle. These were observed to be at a distance of about 27 km from where the town currently lies.

The blueprint for the current township was initiated in 1886. That was after railway networks had been built in this part of the country. In 1892 the local authorities had attempted to establish a coalmine to the west of the township, but the project was soon given up on.

The most significant developments in Blackwater took place in the 1960s. That was after the discovery of coking coal in the southern part of the town. In 1965 the Australian government granted Blackwater its first official mining lease and the first coal mine started operating in the area in 1967. Back in 1962 the total population of the region is estimated to have been only 25 people. However in the passage of just two years that number multiplied to over 8,000.

Today BMA is heavily involved in exploiting the coal reserves of Blackwater. This is a combined effort between South Blackwater Mines and BHP. A number of other companies that are involved in mining activities in the region include Cook Resources Mining, Curragh Queensland Mining, Kenmare and Yarrabee Coal Company and Jellinbah Mine.