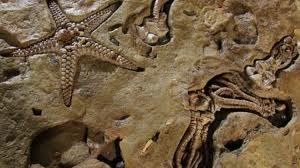 One of the most eminent publications relating to Australian fossils and native fauna is the Zoological Journal of the Linnean Society. An important study by Dr. Fitzgerald in the journal deals with the primitive toothed baleen whale.

This was the largest mammal to have ever walked this planet; the blue whale which was discovered as early as 1932 was named as such in 1939; however, it has managed to stay in relative obscurity until now.

The study titled, Mammolodon I, offers explanation about the mud sucker that dwelled at the bottom of the ocean and used its blunt snout and long tongue to feed on small prey that was sucked from the sand. Based on the fossils found, this indicates the evolution of the baleen whales. The research conducted by Dr. Fitzgerald stands in support of Darwin’s theory which states that some of the earlier baleen whales had suction feeders. This has been confirmed through the discovery of Australian fossils of these humongous mammals. As a matter of fact, this discovery has also led biologists to believe that the filter feeding system used today by these giant sea dwellers may be a result of the mud grubbing past of the species.

Although the Mammalodon is a smaller whale species at just 3 meters; it does have some lineage that links it with the 30 meter long blue whales. The new research and the discovery of the Australian fossils have conclusively proven that the Mammalodon actually evolved from its giant ancestors much like a dwarf species.

This family is unique to the South Eastern parts of Australia and hence their fossils have only been found in Victoria. Dr.Fitzgerald also noted that the seas surrounding South Eastern Australia were once home to several whale species and served as the cradle for the evolution of several new sub species.