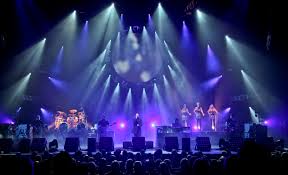 The amazing talents that are part of the Australian Pink Floyd show, also known as the TAPFS, explain its large fan following and the many concert tours since its inception in 1988. The band was formed in 1988 in Adelaide, South Australia. The aim of the band was to re-create the magnificence and sound of Pink Floyd’s last few world tours. Of course the use of technology is a mainstay when it comes to replicating all the special effects. A great emphasis is placed on props and lasers along with the use of a display panel to replicate Pink Floyd’s original Mr Screen. This uwas a mainstay in the original Pink Floyd’s live performances.

On their own this tribute band known as The Australian Pink Floyd Show has received international acclaim for their performances and true replication of the Pink Floyd vibe. No other regional or local band across the world has been able to capture the Pink Floyd essence in a Floyd Show replication.

Memorable Performances across the Globe

One of the more famous performances by this band founded in 1988 was held at the Teatro Bourbon Country, in 2007.

Performance at The Wembley Conference Center

In fact the band went  on in 1993 to perform at the First International Pink Floyd Fan Convention held at the esteemed Wembley Conference Centre. This event was organized in cooperation with the famed Pink Floyd fan-zine Brain Damage. The artist lineup at this event included of the five Adelaide musicians including: Colin Wilson, Lee Smith, Jason Sawford, Grant Ross and Steve Mac.

The guitarist Lee Smith retired in 1994 and his position was taken over by the esteemed Damian Darlington. The drummer Grant Ross went on to retire in 1988 and his position was taken on by the energetic drummer Paul Bonney. Since 2002 the band has grown considerably and now has female backup singers along with a saxophone player to introduce new sounds and additional wattage to the band.

Since the heavy schedule of world tours is very taxing for the musicians, a few more talented musicians have been introduced into The Pink Floyd Australian Show to maintain the quality of the sound and performance and deliver it during an exciting and packed schedule for the band’s worldwide tour.

Renowned musician who was part of the original Pink Floyd, David Gilmour, also attended one of the performances by the Australian Pink Floyd Show, which was held at The Fairfield Halls. Following this performance in Croydon the original Pink Floyd musician invited the band members to attend the after-show party, which was the end of the tour celebration to commemorate The Division Bell tour. Hosted at the Earls Court Exhibition Centre in London, this band was the only tribute act that performed for an original band member of Pink Floyd.