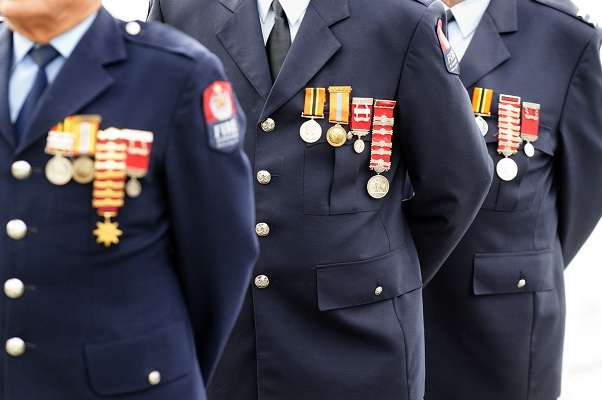 The general wearing of medals is prohibited under any conditions except displaying it by those who have been conferred with these war medals.

The only exception occurs on the occasion of the Anzac day as well as the Remembrance Day. The descendants of deceased war medal recipients are allowed to wear the medal for these two occasions on the right breast plate to commemorate and remember those who served in the military and are now deceased.

There are different commemorative medals, which include the Tobruk Service Medal, Somme Commemorative medal, B.C.O.F. Medal, Belgium Medal and the Bomber Command Medal. Other well-known medals awarded by the Atomic Veterans Association include the Hazardous Service Medal while the highly coveted HMAS “Voyager” Survivors Medal and HMAS “Voyager” Rescuers Medal are priced conferments when it comes to military service. There is a special medal dedicated to commemorating the 40th Anniversary of the end of the Korean War.

Generally you can see the Australian War medals worn on the left breastplate and they are suspended horizontally on an invisible single strip.

It is preferred that the medal be affixed on the coat or jacket, which should also be buttoned. Even though the length of the ribbons attached on the Australian War medals are available in different lengths, the maximum length is 1 inch for all of the medals. Only those medals that require multiple clasps can have extended ribbons while the top most clasps should be 1 inch below the top of the ribbon. In case more than one medal is fixed in a row then the base of all the Australian War medals should be aligned horizontally.

Australian War medals follow those styles utilized during the campaign period. This entailed the placement of medals from left of the centre going across to the conferred persons left shoulder. The first medal that was conferred on the recipient is placed closest to the left of centre.

There exists a ruling on the use of Miniature Australian War medals, which can be used from 6 pm onwards in the evening and are restricted to formal dress functions.