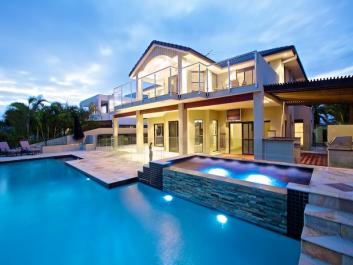 Interested in Birkdale, Queensland, Australia? Learn more about the suburban area in Queensland Birkdale Australia and its superb facilities…

The Redland City waste transfer stations for water and recycling are also located in this suburb. Water is transferred to the city residents free of cost. This initiative encourages recycling by the residents and high volume waste like cardboard and green waste is recycled efficiently. Any hazardous material is properly disposed of as well.
Birkdale, Queensland History

A local landowner gave the name to this suburb in 1880. William Thorne was born in Birkdale in England and named the suburb to commemorate his hometown. In the 1920s the major industry in the region was poultry. Some of the notable citizens and long standing pillars of community hailing from this suburb include the influential teacher Peter Airey who went on to become a politician and writer. George Randall was a well known confectionery manufacturer who went on to becoming an immigration officer and facilitate people looking to move in to Australia. He was also known for his passion for orchids and was a highly regarded orchardist.

Resident Marshall Watson is a young teenage heavy metal musician who has taken the national music scene by storm. The intellectual and athletic Matthew Taylor is huge in build and has a natural disposition for the rugby union. He is one man any other Aussie local from Birkdale would want to be. Conor Leach a young teenager is one of the busiest kids in Australia. His talents have made him a celebrity and part of the performing arts industry.

The suburb follows a beautiful canal style housing development that is called the Aquatic Paradise It has its own railway station, a significant shopping promenade close to the housing district as well as the prestigious retirement village called Wellington Manor.

Education is taken very seriously in this suburb, which has a myriad of top-notch schools. Examples include the esteemed Birkdale State School and the Birkdale South State School.

Brisbane is a well-known access way to the sunshine coast and the suburban area of Birkdale is very popular for its high-end facilities. From the Birkdale Golf Course to Tingalpa Creek and the wetlands, there are many parks in the city for residents and tourists to enjoy at their leisure. The coastal stretch has different access ways and the aqua paradise is actually built with artificial channels of water running into it. Also popular are the Wellington Point Park and the Brock Park.

There are many different accommodation options available for tourists and visitors. It is possible to get lodging in hotels, bed and breakfast outlets and also to find one or two bedroom serviced apartments. Close to the beach, the Birkdale, Queensland, Australia suburb has easy access to the sporting clubs and different areas around the city.