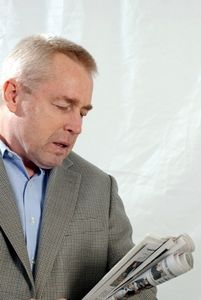 The Australian defamation of character law is a mixture of both the common law and statutes. The law is actually different from one state to the next. Even though the Australian Law Reform Commission suggested in 1979 that a number of changes be introduced in the defamation of character law in Australia, there were no real attempts to regulate the law across the states. Only three states had been able to achieve uniformity in the law as late as 1992. These states include Victoria, New South Wales and Queensland.

Issues Pertaining To the Defamation of Character Law in Australia

The defamation of character law is basically designed to protect the reputation of an individual. The major issue with regards to this law is a focus on how to regulate free speech without compromising the purpose of the law. The competing demands of freedom of speech often conflict with the perceived need to protect an individual from defamation of character. Conversely if others have no right speak about individuals and their actions then this can be considered an infringement on their freedom of speech rights.

Cases of Defamation of Character Law Application in Australia

Constitutional defense and precedents have been established owing to these cases in Australia. If the material is part of political discussion then this aspect holds true when it comes to libel action in Australia. In the case between Theophanous v. The Herald Weekly Times Ltd v. Times Ltd & Anor the ruling stated that defamatory publication was not prosecutable or actionable under the defamation of character law if certain circumstances were proven by the defendant.

These circumstances included the defendant establishing that it was not aware that the material published was false, the material was not published in a reckless manner without confirming its authenticity. Furthermore the defendant had to establish that there was a reason behind publishing the information and it was not a random act of defamation.

Constitutional Rulings Tip the Balance in Favor of Freedom of Speech

With the cases potentially infringing on freedom of speech, more importance has been given to protecting free speech in Australia and this has actually influenced the defamation of character law in Australia. Therefore, the defamation of character law can be shaped and altered, at times, by any constitutional freedom related to political discussions. Therefore the situations in which freedom of speech can be restricted have been reduced drastically, upsetting the fine balance and tipping the rule in favor of free speech rather than balancing statutes with freedoms cited in the constitution.