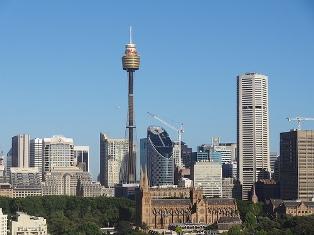 Frederick Metters of Sydney Australia was a businessman partner in the stove manufacturing business and was born in Melbourne in 1858. As the partner of Henry Langdon, Metters had previous experience working with his Cornish father, who was a stove setter in the late 1860s.

The family moved to Australia and settled in Adelaide following which they moved to Melbourne for a few years and then by the 1890s they moved back to Adelaide and established a stove making company. Metters held different patents for a firebox for ovens, cooking ovens, along with an award-winning cooking apparatus.

The Horticultural and Royal Agricultural Society gave him an award in 1899. Essentially Metter followed the method of improving on basic equipment designs. He was, therefore, a step ahead of competitors and created patent improved ovens and kitchen ranges along with being introduced as a galvanizer and coppersmith. He made a company offering complete services and expertise in creating stoves called Metter Sydney Australia.

Touring extensively in southern Australia to promote the fuel stove, which was introduced as ‘top-fire’ type, he demonstrated at different shows there and finally opened up an outlet in Perth in 1894. Here began the association between Metters and Henry Spring as the outlet at 68 Hay Street was leased to Henry Spring.

After returning from South Africa to Australia, Henry Spring moved back to Victoria and started a traveling caravan and country store. Moving to Western Australia he started a business between Fremantle and Perth and met up there with his long-term business partner Frederic Metters.

Forging of a Partnership between Spring and Metters Sydney Australia

Starting off as a clerk in Metters & Co., every day was, seemingly, a new adventure for Henry Spring. He eventually became the driving force behind the company. By 1898 he made partner in the company and by 1907 he managed to purchase Metters’ interests in the company. Metters went on to form Metters Ltd in Adelaide and Spring took on the position of managing director.

Product Range and Services Offered by Metters and Co.

By 1909 the firm was established as the leading provider of stove and kitchen appliances and cooking range makers. Furthermore the expertise of the company led to the provision of services related to engineering, iron foundry, sheet metal work and applying its talent on coppersmithing. Furthermore, the product range provided by Metters Sydney Australia included irrigation and trough supplies, along with pumps and windmills.

The catalog dated circa 1910 and featured many pictures of memorial tablets, ornamental castings, crestings, ventilating friezes, finials and verandah drops. By 1911 they started buying new factories or refurbished old ones in Perth, Adelaide and Subiaco. The Metters Sydney Australia premises were established at Elizabeth Street in Sydney. The expansion of the company into gas and fuel stoves, along with water tanks and domestic appliances, was managed by Henry Spring henceforth. In fact, Metters Sydney Australia provided a large inventory of cooking equipment to the military during World War I.