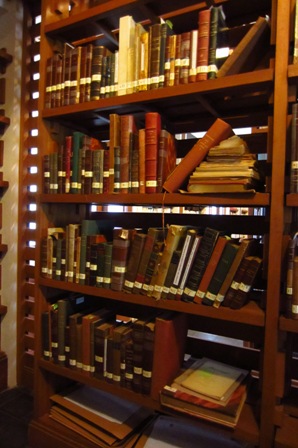 Cambodia houses a total population of more than fifteen million people. This Southeast Asian country is known for its unique cuisine and an equally complimentary culture. The metropolitan city of Phnom Penh is the region’s capital. Cambodia shares its boundaries with Thailand on one side and Laos and Vietnam on the other.

In recent years Cambodia has become a tourist haven and globe trotters from all over the world are attracted to the region. The country has numerous mesmerizing monuments and ornamentations to showcase to its tourists. One of the most intriguing elements of Cambodian culture is its official language.

The Cambodian language actually springs from the Austro-Asiatic language family. This is the same family from where the Munda languages found in India have developed.

The Khmer language has many unique and interesting aspects to it. In general the language is considered to be based upon the subject, verb and object combination along with the use of prepositions. Another element of the Cambodian language that makes it interesting and even more difficult to learn is the dialectal variation that is to be found in it.

It has been observed that there exists a great deal of regional variance in the Cambodian language. The Cambodian commonly spoken in the capital city of Phnom Penh has highly noticeable differences from the Khmer that is widely spoken in the rural areas of Cambodia. The use of the language in Battambang for example is different from what you will get to hear close to the Cardamom Mountains.

There are many reasons why someone would want to take up Cambodian language study. In general the more languages you know the better it is but there may be specific needs or a special interest that may drive someone to learn the Cambodian language.

Although the language is difficult to learn there are plenty of opportunities for individuals to engage in the study of Cambodian. You can actually start learning the language from your very home PC. There is an excellent tutorial course available on CD that can get you through a complete course in the language through stages.

Another interesting way to start off learning the Cambodian language is to make use of phrasebooks. These phrasebooks are easily available in the market and can come in very handy especially if you will be visiting the country.

Switzerland
Are you interested in learning the language of Switzerland? You may be surprised to

Turkey
Turkish, the language of Turkey has a rich history having been influenced by Persian

Spain
Interested in the history of the Spanish language? Read ahead to find out the