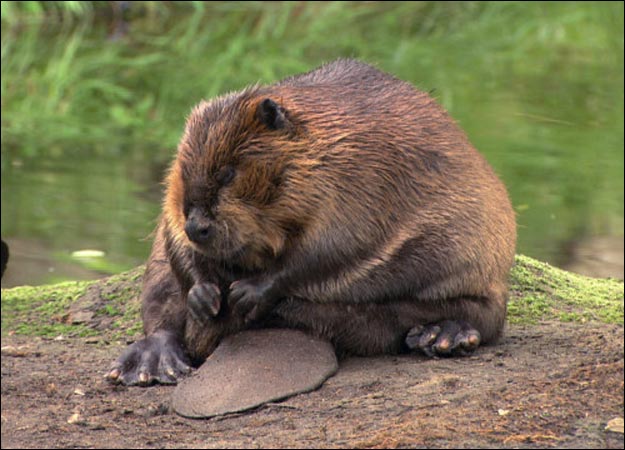 Looking for a Canadian beaver? Want to know about all the different types of beavers available? Read our guide for more information about the beaver in Canada …

The Canadian beaver is a semi-aquatic mammal, which is indigenous to Canada. This rodent is known for its natural ability to build dams on rivers in order to acquire still deep waters as a protection against predators. The home of beavers is called a lodge and is used for storing food and floating building material.

The Canadian beaver can be differentiated from the Eurasian beaver by their skull nasal bones and their size. These distinct species evolved separately from each other, with the European beaver being larger and having much longer and far narrower muzzles. In Europe, the beaver was hunted almost to extinction and has only recently been re-introduced into the European wilds. In Canada, the beaver was trapped in the 19th century mainly for its fur and its scent glands, which secrete liquids widely known for its curative medicinal value. Perfumes were also made from the scent glands of the Canadian beaver.

Beavers have powerful front teeth that can gnaw at the bark of birch trees and harvest logs for building material to make their lodges. These animals will construct a dam on a river to form a pond by erecting vertical poles in the water that are then crisscrossed with branches in horizontal positions. The Canadian beaver will plug holes in the lodge with weeds and mud.

The Canadian beaver became a national cultural icon due to its significance to the Canadian fur trade. The beaver is now a national animal. The very first stamps in Canada featured the beaver and were called the ‘Three Penny Beaver’. The beaver is a well-loved Canadian mammal and in 1976 it became the mascot of the Summer Olympic Games held in Montreal.