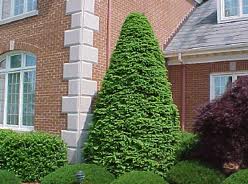 Canadian Hemlock’s are a good investment as the tree has a long life. Once the Canadian Hemlock has grown a bit, in order to cement its’ shallow roots in the soil the tree takes about 250 to 300 years to reach its maturity. It is also not uncommon for Canadian Hemlock tree’s to have a lifespan exceeding 800+ years.

It is of note that the Canadian Hemlock also is known by the names of Eastern Hemlock or Hemlock Spruce. Also, it is good to know that Canadian Hemlock’s are easily transplanted, relative to other trees. For all of the benefits of the Canadian Hemlock, there are a few drawbacks of the tree. Primarily, these trees are a favourite snack of deer, which can lead to damage. Furthermore, in North America the tree is currently being threatened by the hemlock woolly adelgid, which is a bug that is killing the Canadian Hemlock trees.

Australia
Searching for a cast aluminum garden bench in Australia? Find out about different designs

Switzerland
Want to know how to take Swiss cheese plant cuttings? Perhaps you want to

Thailand
Thinking of buying a rubber tree plantation in Thailand? Want to know if there