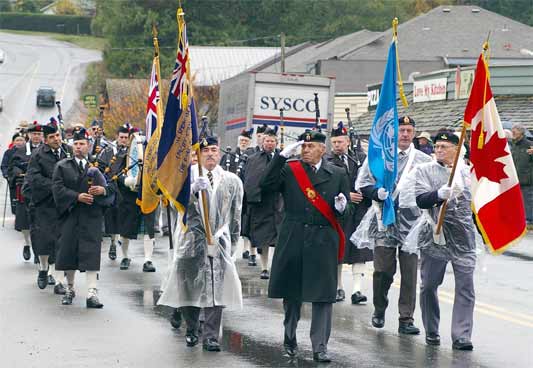 Want to learn more about the Royal Canadian Legion BC? Read on for interesting facts and info on this organization that performs a host of social services…

The Royal Canadian Legion BC was established with the aim of supporting many community activities and serving ex-service persons and veterans along with their dependents. The Legion is most active in British Columbia and is known for their financial and physical assistance to seniors where they provide housing, medical services, training and health care amounting to millions of dollars in financial aid. Apart from this they are strong supporters of Scouts, guides and cadets along with championing sports activities for youths all over Canada.

They run veteran services and also contribute to many charitable organizations and sponsor scholarships as well as bursaries along with focusing on geriatric education thereby making their contribution to society a very well-rounded and extensive one.

The Royal Canadian Legion in British Columbia has over 1720 branches all over the USA, Canada and Germany also. There are approximately 700,000 members, ladies auxiliary and affiliates in this group. Their international strength makes them a strong body which can collect donations and dispense them adequately throughout the region as required by ex-servicemen and veterans or their families.

A veteran or ex-serving person of the regular and reserve forces, the Royal Newfoundland Constabulary and the Royal Canadian Mounted Police is allowed ordinary membership. Of course some veterans of the Vietnam War are also eligible. Associate membership is open to officers of the Navy league of Canada, Cadets and family members like children, brothers, sisters, widowers and widows or grandchildren and spouses of those who have served.

The Royal Canadian Legion of British Columbia perpetuates the act of remembrance, acquires donations for assisting veterans, and others who have served the country and are in need of financial assistance and also members of the community in general. The Legion provides remembrance materials for schools and also host national poster and literary contests for youths across the country. On an average approximately $5 million is distributed to needy ex-service persons and their dependents to be utilized for community services.

The British Columbia and Yukon division of the Legion administrates the annual bursary program which awards approximately hundred recipients annually. These awards are extended based on financial need calculated by assessing the total gross family income of each recipient versus their requirements.

In order to be eligible students must be attending the college or university in British Columbia either on full-time basis or for at least two consecutive semesters.

Of course preference is given to the children of deceased, disabled or any other ex-service personnel however, the bursary program is not restricted to them and extends to any student who wants to undertake post secondary education. It is important to note that postgraduate work does not qualify for bursary awards.

The applications can be collected from the command office in the first quarter of the year and completed applications are usually to be submitted by May 31 to the same office. Students are eligible to apply for the bursary more than once; however, applications received after the deadline cannot be considered.