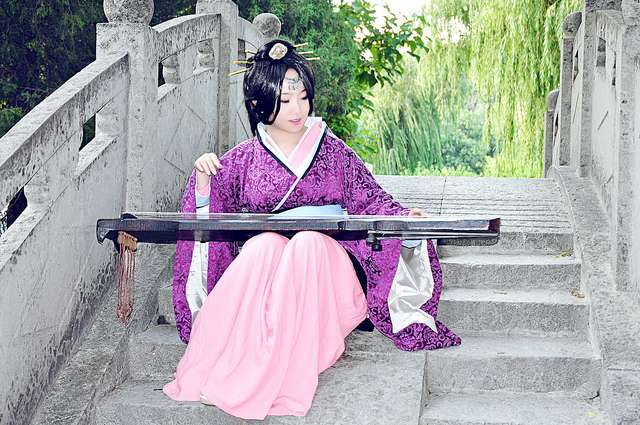 Interested in the ancient Chinese dress? Find out about the traditional dress that originated in China many centuries ago.

The Hanfu dress developed during the Han Dynasty is one of the most prominent ancient Chinese dresses. This was the clothing worn by the common folk of the Han ethnic group of China.

The term Hanfu however encompasses the entire range of clothing that was worn by the ethnic group. The history of the Hanfu dress dates as far back in time as the ancient group itself. When the Manchu invaders came into power in China during the seventeenth century they forcibly replaced the Hanfu with the Qipao. The Hanfu has since then disappeared from the Chinese culture with only a small group of people striving to bring it back in society.

The Qipao as well as the Tangzhuang are regarded as ancient Chinese dresses as well although they are not exactly Chinese in origin. This is because they were introduced into the Chinese culture by the hands of the Manchurian invaders and did not evolve within the Chinese culture like the Hanfu. When compared to the Hanfu, the Tangzhuang and the Qipao are relatively recent styles of Chinese dresses and as such cannot be regarded as representing the ancient history of China as the Hanfu does.

The Hanfu laid the base for the development of the Japanese Kimono, Vietnamese ao dai and the Korean Hanbok. Unfortunately though, all the other nations managed to preserve their national dresses whereas the Hanfu got lost in time.

The Hanfu through the ages

The legendary sage of the Yellow Emperor is known to have been the first wearer and patron of the Hanfu dress. The recorded history of the Hanfu dress goes back more than three thousand years. The Han people of the Xia Dynasty spanning from the 21st century BC to the 16th century BC were known for wearing the Hanfu. The use of the Hanfu continued through all the way to the Ming Dynasty that existed from 1368-1644.

The Chinese hold the Hanfu in high regard. It is a dress that represents their culture and must be worn properly so as to pay homage to its ancient legacy. The Chinese philosopher Confucius also regarded this ancient dress as being a prominent part of the lives of the people of China and made many references to it in his works.

The fall of the Hanfu

It was during the Qing Dynasty founded by the Manchus that the Hanfu started disappearing into the sands of time. This was a semi-nomadic tribe that managed to gain supremacy over the Han masses. The Manchus attempted to shake the Han masses from their roots which is why they forced them to adopt their sense of style with regards to the hairstyle, make up and of course the dressing. The locals rebelled but were put down by the brutal forces of the Qing Dynasty and at last the ancient dress of China was replaced with the Manchu style of clothing.

The Manchu style of dressing went out with the fall of the Qing Dynasty and the locals started adopting the western style dress. The ancient Hanfu dress is now only reserved for special occasions and traditional celebrations.