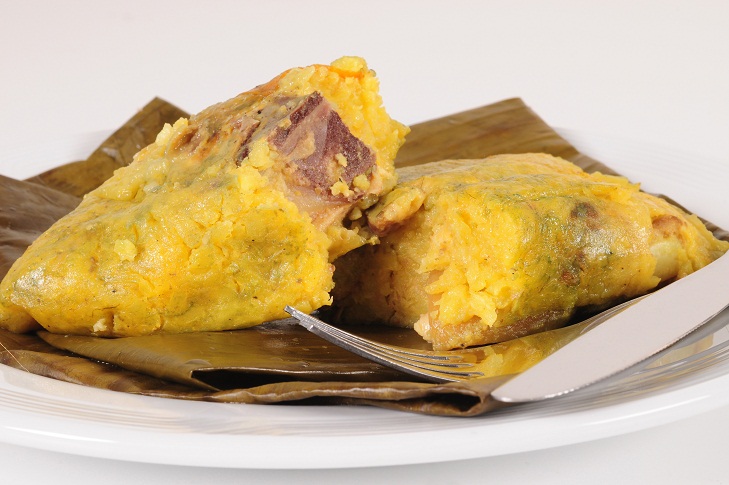 Traditional Columbian food recipes reflect the diverse agricultural practices and lifestyle of the Colombian people in various regions and landscapes, ranging from mountains to valleys and coastal areas. Read our guide for more facts and informationÃƒÂ¢

Located between the Caribbean Sea and the Pacific Ocean, Colombia has a rich variety of flora and fauna, and its fertile soil has made a significant contribution to agricultural cultivations, such as banana trees, cocoa plantations, coffee plantations, legumes, sugar cane and lots of other fruits and vegetables. Besides fruits and vegetables, the traditional diet of Colombians also includes plenty of meat, and the coastal areas are characterized by a variety of seafood. The major influences found in traditional Columbian cuisine are from Argentinean, Brazilian and Peruvian cuisine, such as bean, corn and Mercado beverages. European influence is also seen, and a few Spanish recipes have also been adopted.

The breakfast mainly consists of fruit juice, hot chocolate, coffee, eggs, bread and fruits. Lunch is the main meal, and traditionally it consists of soups, the main dish, some drink and a dessert. Most of the dishes are served with corn bread, plantain, rice, potatoes and beans. Arepa or corn bread is the basic side dish, eaten with butter.

Ajiaco is a chicken soup from Bogotá, and is made of chicken, potatoes, sour cream, corn, avocado and guasca, the herb that imparts the traditional flavor.  Sancocho is another soup made of meat, corn, potato, plantain, yucca and spices.

Bandeja Paisa has its origin in Antioquia, which is famous for beans, rendering Columbia as the largest beans producer in the Andean region, and also the largest consumer of beans. The dish consists of beans, rice, pork rind, chorizo, fried eggs and other local ingredients.

Tamales is made from corn, which is wrapped in banana leaves and steamed to form cakes, and it may be stuffed with a variety of ingredients like potatoes, chicken, carrots, peas and rice. Fritanga is a typical Colombian dish made of meats, potatoes, chicharron and fried plantains, and is served with aji sauce.

The Caribbean Coast has a spicier cooking style, with fish, lobster and a variety of seafood prepared using coconut milk. Arroz con Coco is a side dish of the coastal region and is made of rice cooked in coconut milk, water, sugar and salt. They also serve an amazing variety of fresh fruit.

The tradition of ant recipes dates back to the pre-Colombian era, when peasants of North-east Colombia harvested ants, which were soaked in salt water and then roasted in ceramic pots. The harvest is done during the rainy season, and the queen ants are used, after their wings and legs are severed. Besides forming a rich source of protein, ants are considered as an aphrodisiac by Colombians.

Age-old Columbian recipes have traveled over time to influence today’s food, both in urban and country restaurants. Visitors from all over the world are enthralled by the cuisine, which still retains the ancestral delicacies. Besides, gastronomy has led to innovative preparations of Colombian flavors, with all the ingredients and style of authentic Colombian food.

Desserts are usually sweet and are based on sweet fruits with other ingredients. Coffee and cocoa drinks are also common. Colombian coffee is recognized worldwide, and is a compulsory item on Colombian menus.