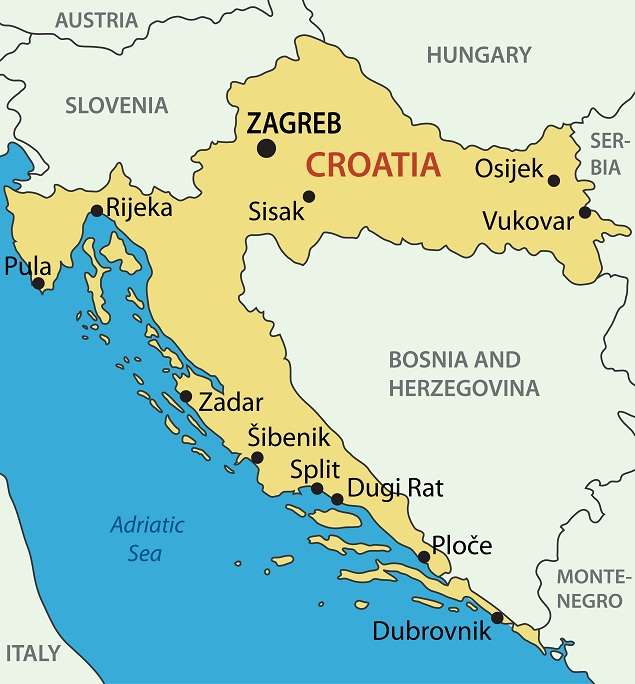 Want to know more about the geography of Croatia? Then the following article should give you some key facts and insights.

The geography of Croatia is extremely diverse.

The diversity of the landscape and geography in Croatia are one of the reasons why people love travelling there.  There is something for everyone to enjoy.  The Hungarian borders are flat, there are thousands of islets along the long Adriatic coast and then a beautiful array of mountains in the central part of Croatia. The Dinaric Alps are barren and rocky.  Did you know that there are also over a thousand islands off Croatia?

There are an abundance of natural resources in Croatia including, oil and gas, calcium, limited amounts of coal (found in northwest Croatia), bauxite (found in Dalmatia and Istria), asphalt and salt.  The oil and gas supplies amply meet the demands of the Croatian people, with surplus amounts which allow for export.

The geography of Croatia allows for a diverse use of the land.  Over 30% of the land is cultivated, approximately 20% of the land is used for crop crowing and the remaining 50% fulfils a variety of purposes, including forests, meadows and woodland.

Croatia is an active earthquake zone and, as such, some of the issues relating to Croatia are the frequent earthquakes which take place. The geography of Croatia sets it in the Alpine-Mediterranean seismic region and most of the earthquakes occur in coastal areas.

The highest point of Croatia is Dinara,  which is one of the mountains located on the border of Bosnia, Croatia and Herzegovina and measures 1,830m.  The lowest point of elevation in Croatia is the Adriatic Sea and 0 m.