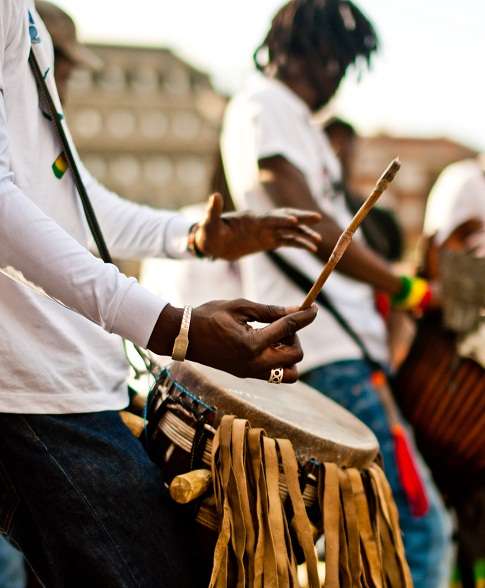 Interested in Afro Cuban Dances? Discover the Afro-Cuban dance culture and relish the delightful impact of this Caribbean art…

Afro-Cuban dance culture has spanned across the Caribbean and African regions for centuries. It is a lively, energetic and loud form of dance which really energizes the spirit of both the dancer and the viewer. Due to their lively nature there is often a hesitation amongst non-natives to indulge in this art form. However, with a growing interest in diverse cultures across the world and an influx of Cubans and Africans into the Western world, this dance form has gained more ground and it is actually being taught in some universities and art schools.

People of Caribbean, Africa and or Latino origin are fond of their culture and indulge in these dance techniques. However, the Western world at large feels that these dances may be associated with prayer rituals from the Caribbean and African regions. This is the main reason why they hesitate in indulging in this art form. Furthermore, for people who follow a more orthodox religion it is difficult to explore and express their religious beliefs too freely in public. They prefer to keep the symbolic and religious meanings of their rituals to themselves and do not want to share them with outsiders.

History Of The Development Of Afro-Cuban Dances

When you go back to the roots of this tradition of Afro-Cuban dances you’ll be amazed that the Cubans are truly masters of this craft. They have a deep affection and warmth as persons and love music and dance. Cuba has put in a lot of effort to preserve the African influence on its culture since the Cuban revolution and Afro-Cuban dance is more folkloric than anything else. The reason why there is a strong African cultural influence in Cuba is because during the slavery era over 30 million Africans were forced to live in Cuba and serve as slaves. The majority of them came from Nigeria and were part of the Yoruba tribe which indulged in ancestral worship to ask their deceased generations for guidance and assistance. The main aim of this religious tribe was to gain spiritual strength and follow the wishes of the creator by living in accordance with the rules set out by their Creator. Their belief was that in their rhythmic energy was a reflection of spiritual power and by focusing on a particular rhythm you were able to develop a certain skill that you desire.

These traditions of religious symbolism soon merged with the Spaniards who were basically Catholics and slave drivers. The Spaniards who were devout Catholics used religion as a means to divide and rule Africans and actually offered a course of redemption to those who would like to convert to Christianity. This led to the creation of Cabildos who were converts in slavery. However, this helped the Africans to retain their traditions and follow their age-old customs under the watchful eyes of the Spaniards. Unfortunately those slaves who were sent to different parts of the Caribbean and even the United States were actually unable to hold on to the precise structure of their religious beliefs and symbolism which included prayer, chanting and dances. On Catholic holidays it was well known that a group of Cuban slaves would parade in Cuba and dance, sing and chant to the rhythm of large drums.

Eventually there was a merger of Christian and African beliefs whereby more of the Spanish belief system was incorporated into the African worship system and included special symbolic manifestations which were detected in the new belief system called Santeria. In Cuba they were open and could display the religion to anyone who was part of the Cuban culture. This religion had specific dance steps which can be learned by anyone who is not even part of the religion because the believers of this belief system feel that everyone has a rhythmic soul across the globe. The main aim of folkloric dance is to learn the different and specific steps which are associated with the tribes or belief systems prevalent for tribes of Africans who were forced to migrate to Cuba.