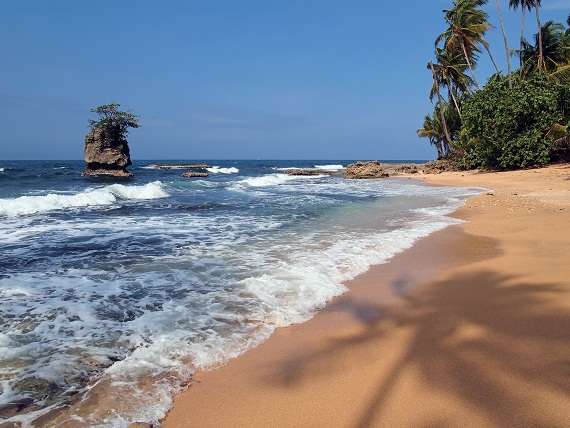 Looking for a perfect vacation spot on the Cuba coastline? Discover the wonderful beaches that inundate the Cuban coastline…

The nearest beach from Havana Cuba is just 20 km east and it takes around 30 minutes to reach the point called Santa Maria. You can arrive at this beach by taxi for only $10. However, there is a beautiful coastline all over Cuba waiting to be explored especially if it’s the first time that you’re visiting the Caribbean. Why not move out further west to the Vinales and discover the beautiful landscape of the Cuban coastline.

The city of Trinidad lies at a five-hour drive from Havana and has pristine white beaches as well as cultural centers like museums and historical sites which include well designed churches and fortresses which could withstand the fierce battles fought with the Spaniards during the Inquisition and conquest era. In fact city of Trinidad has been assigned the status of protected world heritage site by the UN.

Different Beaches across the Republic Of Cuba

The country of Cuba comprises of the Cuban island as well as the Isle of Youth and has a coastline which stretches out to 3570 miles. An impressive number of 200 bays and more than 280 beaches which covered 365 miles of the coastline give access to 4195 islets as well as keys. The clear blue and green waters reflect marine life on the base of white sand. With perfect temperatures of 28 to 30°C these beaches are worth swimming in and exploring on a vacation.

Notable Beaches on the Northern Tip of the Cuban Island

The Cayo Levisa is one of the keys which falls in the Los Colorados category on the western side of Cuba. It has beautiful white sandy beaches and is home to one of the largest black coral reefs found in Cuba.

Apart from this the long sandy white beach on the eastern side of Havana is known as the blue circuit which has amazing stores of coral and shell. The pristine water runs clear and varies in shades from blues to bright green. There is a rich population of coral reef and fish which are extremely bright in color and provide a beautiful combination with the water. Apart from this there is a rich population of flora and fauna at the beaches along with crustaceans that crawl and swim in the sandy white beaches.

Of the largest Antilles Island, the coastal city of Varadero has exceptionally beautiful beaches and has a canal that separates it from the mainland. The purpose of this canal is to link the Florida Straits with the Bay of Cárdenas.

The 14 miles of white sandy beaches which descended gradually into the sea have soothing warm clear waters in different hues of blue. There are many caves in this area and you can easily access the nearby keys along with the culturally and historically important sites and cities like Cárdenas and Matanzas. For golf lovers there is an 18 hole golf course in this city which is the first and only professional golf course in the Cuban Republic.