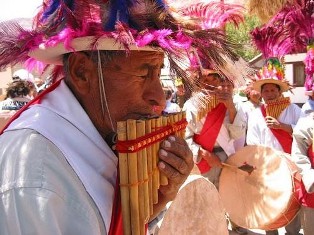 Want to learn more about Chilean music? Read on to get a comprehensive overview of the popular Chilean music styles throughout history…

Chilean music is as diverse as the country’s typography. From ancient folklore to popular contemporary music as well as old school classical music you will find Chilean music to offer you a taste of everything.

The Chilean folklore music legacy spans over three continental zones including the northern, central and eastern zone. Music originating from each zone has its own character and feel. There are various other folklore music expressions including the Mapuche Music as well as Easter Land music. However it is the central Chilean folk music that has become most well renowned amongst them all.
In the good old days Northern Chile was considered to be the center of Chilean culture. This is where folklore music flourished at its best. However, this region once the capital of Tahuantinsuyu later became subjugated under the Spanish colonials.

This is perhaps the most important identity forming music from the country. The cueca was first made public in the year 1824. The unique piece of music is always composed on a major key and has around six-eight timing and is almost always complimented by a three-four.
The Chilean Cueca is an improvisational technique of music in which the music does not follow the orthodox rules. It is a composition in which motives are freely made to intermingle and the accompanying words follow the same improvisational style.
Typically the Cueca has around twenty six to thirty bars which commences with an instrumental introduction. The initial intro may last up to one hundred bars.

This particular style is regarded as being the traditional song of Chile. However it is heavily influenced by the Spanish colonials. An intermediate melodic section differentiates the Tonada from the cueca. The melody of the Tonada is also more prominent in general however this tune is not accompanied with dance. A number of prominent Chilean musical groups have taken the Tonado to be their primary musical form of expression including legends such as Los Huasos de Algarrobal, Los Huasos Quincheros and Los de Ramon.

The mid 1900s saw a surprising come back of traditional Chilean folklore. Again, a number of popular bands started experimenting with the traditional form of music and re introduced it into the mainstream. This led to a new culture wherein musical groups were increasingly taking to traditional style of Chilean music.

The later half of the 1900s saw some significant developments in Chilean music. The Quechua and Aymara style music gained particular prominence due to some new age singers and composers experimenting with the technique.

Andean music also became popular in the 1960s. Nueva Cancion was another genre of Chilean music that gained prominence in the late 1900s. This tradition continues even till today however the Chileans have ventured into contemporary pop music as well.