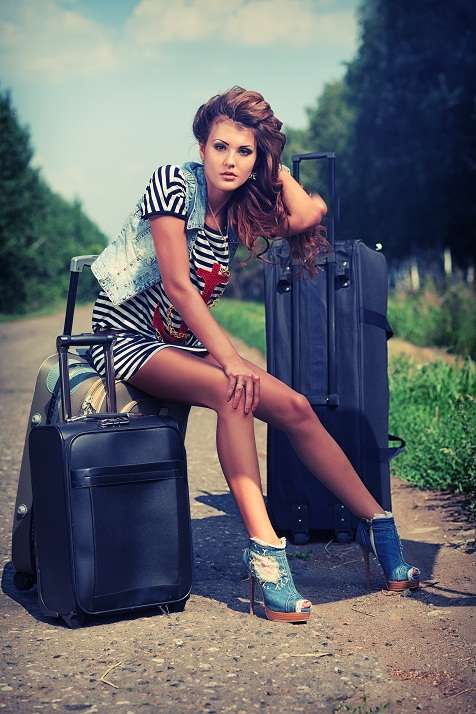 Hitchhiking is a very common practice in Cuba. Due to the shortage of cars in Cuba as a consequence of the US embargo against Cuba, people in Cuba often resort to hitchhiking as a free mode of transport, and culturally hitchhiking is an acceptable practice.

Like every other facet of peoples’ lives in Cuba, the government has something to say about hitchhiking. Hitchhiking is encouraged by the government as a way of meeting shortages and overcrowding on buses and trains in Cuba. Cubans wanting to hitchhike from one place to another, gather at an official spot, usually on the outskirts of a city, where they wait for cars to pick people up. Very often there can be dozens of people waiting at a known hitchhiking spot waiting to be picked up. Although this process looks rather haphazard, there is a very systematic approach to hitchhiking that takes place in Cuba, with hitchhikers being assigned rides on a first come first served basis. Often there is even a government official at the hitchhiking pick up point overseeing the whole process. There is no law that states private vehicles have to pick up people who are hitchhiking, but in general it is seen as a good thing to do and many people with cars in Cuba are willing to pick up hitchhikers.

Hitchhiking in government vehicles in Cuba

It is perfectly legal for foreign tourists in Cuba to partake in hitchhiking, although often priority may be given to Cuban nationals at an official hitchhiking pick up point. One thing to try while hitchhiking is to walk a little further out of town past the official hitchhiking point and away from the crowds of hitchhikers. This will make you stand out more, and if you look foreign you’re more likely to get offered a lift as Cubans will be interested to talk to you.  Hitchhiking in Cuba is not known to be dangerous, although as with everywhere else in the world, the usual hitchhiking precautions should apply. If at all possible, always go hitchhiking in pairs and not alone. If the driver of the vehicle offering you a ride looks drunk do not get in the car.

Picking up hitchhikers in Cuba

If you have enough money to rent a car in Cuba and you feel like doing some driving, then picking up a hitchhiker on your travels is usually a good idea. Firstly, the person hitchhiking is likely to be a Cuban who can give you good directions and will make for interesting company on the way. Do be careful of young men who may be trying to mug you. You should also be weary of young women hitchhiking if you are alone. If the police stop you they may assume she is a prostitute and she will get in trouble.

Cuba 0 12
Would you like to buy some Cuban cigars on your holiday to Cuba? Want

Cuba 0 9
Whether its bird watching, Wildlife appreciation or ecotourism, the national parks of Cuba have

Cuba 0 40
Are you going on holiday to Cuba? Do you want to watch a sports

Cuba 0 4
Are you going on holiday to Cuba? Perhaps you’re thinking of driving around the

Chinese Calligraphy Symbols
China
Discover the brilliance of Chinese calligraphy symbols, their history and their usage in today’s
0 12456

Chinese Family Symbols
China
The Chinese symbols for family occupy a special place in their culture. Find out
0 4551

Rare Argentina Stamps
Argentina
Interested in rare Argentinian stamps? Want to know which stamps from Argentina are most
0 4257

Ancient China Social Classes
China
Interested in the social structure of ancient Chinese? Want to know more about the
0 2674