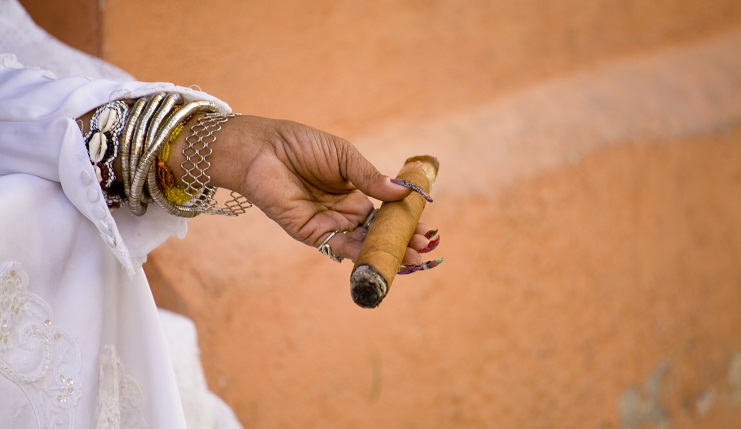 Cuban cigars are coveted by cigar aficionados because they are considered the best in the world. But you can’t legally buy modern Cuban cigars in America. However, you can buy Cuban cigars that were made before the U.S. trade embargo, or cigars made

Pre-embargo Cuban cigars are legitimate for trading or importing into the U.S., but if you were to arrive at an airport and declare you had some pre-embargo Cuban cigars, you would almost certainly be in for an ordeal getting them past customs without original bills of receipt showing they were what you said they were.

Post-embargo Cuban cigars are illegal, as are Cuban cigars bought in another country and brought into the U.S. as personal items.

However, the pre-embargo loophole is big enough that people with enough money can buy these cigars, which are, like fine wine, aged to perfection. A good cigar aged properly is said to get better over the years. The real Cubans will cost you at least $150 at a luxury hotel or restaurant. And you have to know your brands. Pre-embargo cigars found in the U.S. are usually Romeo y Julieta, Montecristo, H. Upmann, and Ramon Allones. They are small compared to todays cigars. A genuine pre-embargo Cuban cigar must me made entirely out of Cuban tobacco and wrapped in Cuba. Adding a little more to the confusion, “Clear Havanas” made in the U.S. several decades ago were made from Cuban tobacco. The reason they were called “clear” is that cigar factories would have Customs officials standing by to clear the tobacco through Customs. Clear Havana cigars cost at least $50.

If you want to get your hands on a genuine Cuban pre-embargo cigar made in Cuba, you have several options, assuming you have the necessary wealth to pay for them. Christie’s holds two vintage cigar options a year, once in spring and once in the fall as part of the house’s Fine Wine Auction. There are usually around a dozen lots of pre-embargo cigars up for auction. If it is genuine pre-embargo, it is legal in the U.S. regardless of where it was purchased. Buyers can bid on the Christie’s auctions over the phone, by fax, or online.

There are a few pre-embargo tobacco dealers that sell to serious collectors and top-end cigar shops. A box of rare Cuban cigars can cost anywhere from $500 to $20,000. Authenticating the cigars is a matter of looking at date codes, printing, registration, and the cigar bands. The smell of the tobacco and the color of the wrapper are also clues to a cigar’s provenance.