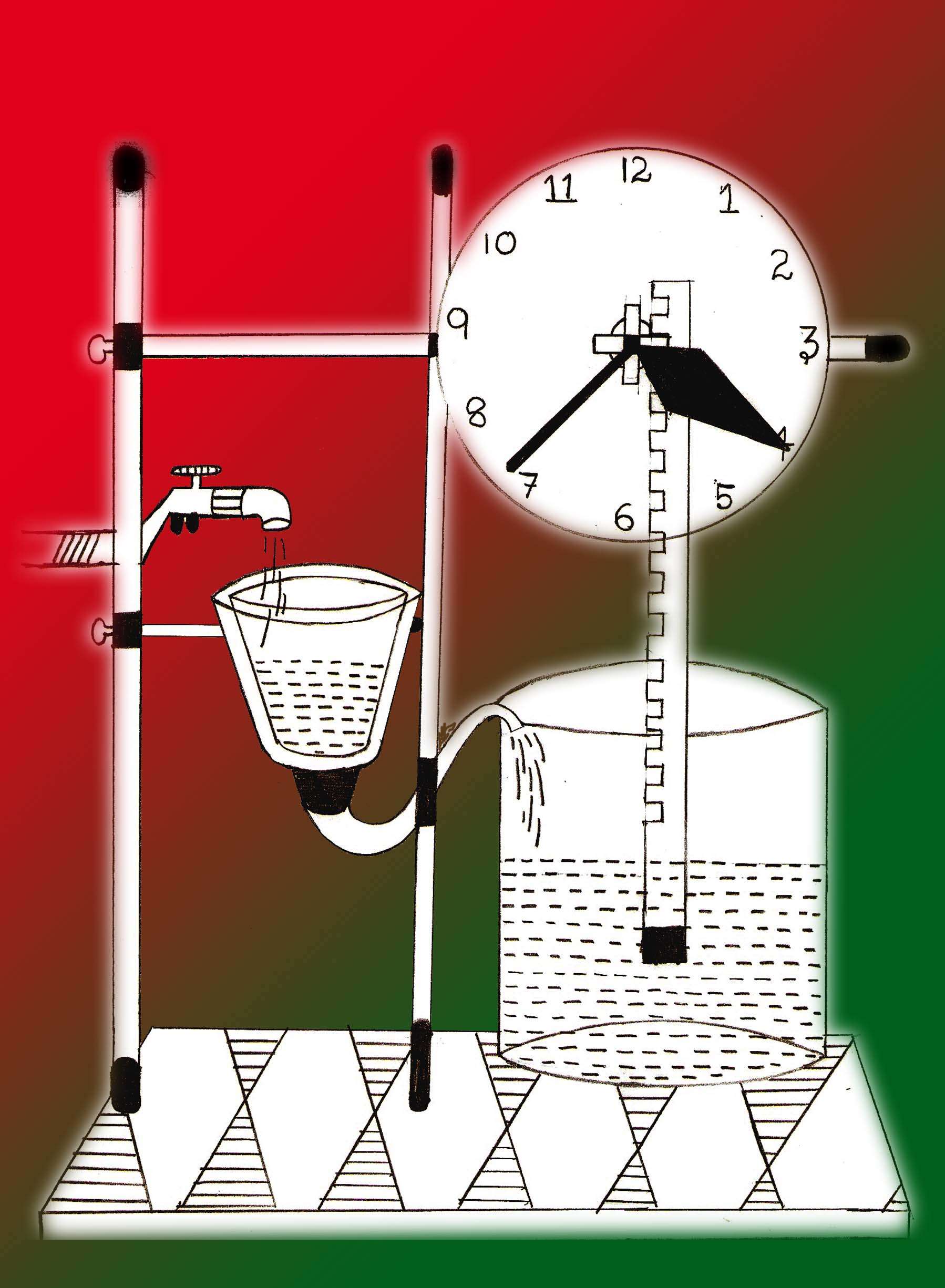 The ancient Egyptian water clock was a dual purpose instrument. It was utilized to tell time and also keep track of how long a person speaks in the courtroom in speeches.

The water clock was actually invented by Ctesibius who was actually of Greek origin but resided in Alexandria, Egypt. He was an inventor by persuasion and was involved in not only inventing the water clock but also went on towards improving it.

This improvement was brought about with the addition of a float which was utilized in conjunction with a rack to turn a toothed wheel on the water clock. This mechanism was extremely efficient and was invented during the third century while its creator resided in ancient Egypt. The beauty of this water clock is that it can make sounds which resemble that of a bird which whistles, a chiming bell, a moving puppet and various other gadgetry.

This unique instrument works in a very interesting way because it actually measures time through the water which flows out from small orifice. The bowl which receives the water has markings to denote hours on each side. They were different types of water clocks in ancient Egypt and this basically measured time based on the quantity of water in the bowl.

Whenever the level of water was altered, the wheel would turn to indicate an hour of the day had passed. This water clock was utilized during the third century and is not in function today.

It was an important time piece which was initiated and invented in Egypt and then became popular in Greece as well as Rome. The ancient Egyptian water clock was utilized by a barber because this barber was the father of the inventor.

Apart from the ancient Egyptian water clock there was a popular shadow clock utilized during the same time. This ancient time piece would turn every half hour to tell the passing of time. The Egyptian sun dial dates back to 1500 BC and provides the earliest testimony to the segregation of the day into different parts of equal length. However, it was not as convenient as the water clock especially during long sessions in the courtroom.

Advantages of the Water Clock

The water clock allowed the ancient Egyptians to economize on the physical mechanism of telling time. The beauty of the water clock was that it was economical in terms of human effort as well as the space it utilized.

Furthermore, it was utilized across three nations which worked in coherence with each other and this allowed for its universal acceptance during the third century.