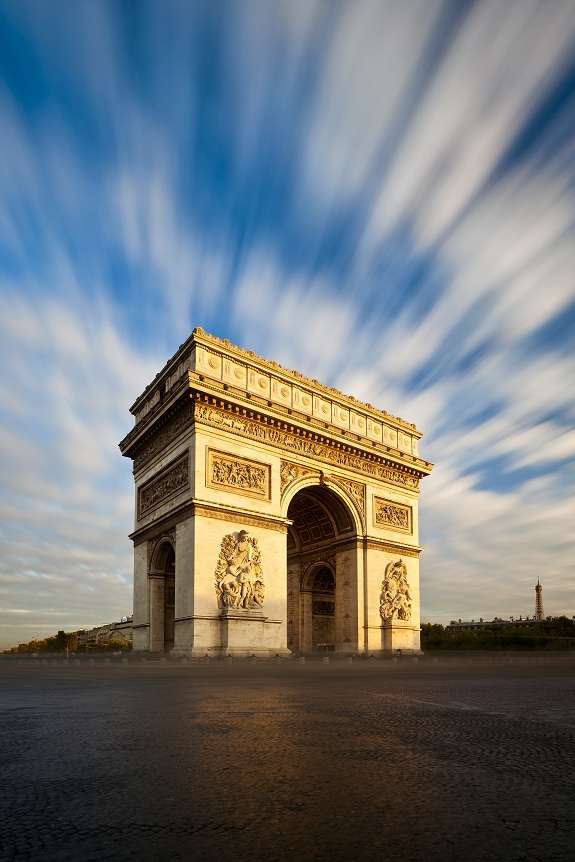 Are you going on vacation to Paris? Want to have your photo taken in front of the famous landmarks? Our guide tells you exactly which famous Paris landmarks you shouldn’t miss.

Paris has some of the most famous landmarks of any European city.  Think Paris and the first famous landmark that instantly pops into everybody’s head is the Eiffel Tower.  This famous Paris landmark, which has been a permanent feature of the Paris skyline for over 100 years, was actually only supposed to be a temporary construction for an exhibition in Paris held in 1889.

Probably the second most famous landmark in Paris is the world famous Louvre museum. Not only is the Louvre one of the biggest art museums in the world, but it also houses hundreds of artistic masterpieces made by some of the world’s greatest artists. One of these paintings can be considered a famous Paris landmark on it’s own and is arguably more famous than the museum that houses it; the Mona Lisa. Even if you can’t get your picture taken next to the Mona Lisa, you can still get a snap of yourself standing outside the Louvre which is a worthy Paris landmark.

Two other famous landmarks in Paris are the Arc de Triumph, which was built by Napoleon to commemorate the glory of Imperial France, and the much older Cathedral at Notre Dame. The Notre Dame Cathedral is one of the most famous and oldest landmarks in France, being built in the 12th century.

Slightly more modern Paris landmarks include the Versailles Palace and the Sainte Chapelle which was built in the 13th century. The Versailles Palace is an excellent landmark to visit in order to gain more of an insight into the opulence of aristocratic and royal circles in France, which ultimately led to the French revolution.