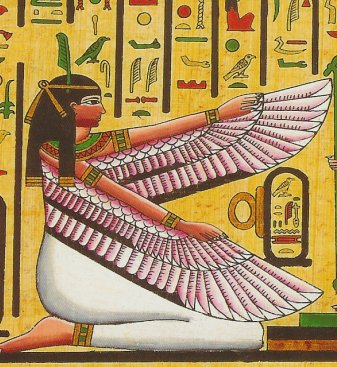 The Egyptians had really complex beliefs about life after death. Death was not considered to be the end of one’s life, rather it was considered to be a necessary process that one has to go through in order to enter a dimension of complete bliss and eternity. However this was dependent on the way the individual lived their lives. The Egyptians have their own criteria for judgment according to which each individual will be judged and awarded his destination in the afterlife.

The afterlife was known by many different terms such as “Field of Offerings” and “Rushes”. The Egyptians spent their life preparing for life after death. According to the ancient mythology all individuals would enter the underworld, which was a terrifying dimension which every individual dreaded. The underworld had its own tests which the individual had to overcome in order to proceed to the blissful afterlife.

Gods of the Underworld

Religion played an important role in all aspects of life for the Egyptians. Their religion was polytheistic in nature and had many different deities that were assigned different responsibilities and domains of creation. The gods were classified into different categories. Amongst them were gods that solely governed the underworld. Egyptians priests developed many myths and legends concerning life after death and it was these stories that dominated the Egyptian afterlife beliefs.

Anatomy of the Soul

According to ancient Egyptian beliefs the soul was a perishable entity which meant that it was at great risk at all times. This is why the Egyptians had elaborate burial rituals the purpose of which was to ensure the preservation of the dead bodies and the various elements of the soul. Some of the most important burial rituals included the process of mummification, the making of the tomb, the casting of spells and death masks. The Egyptians believe the soul had three parts namely Ka, Ba and Ahk and it was essential to ensure the protection of all these three parts.

Upon death the soul would enter the underworld where it would have to pass certain tests and then reach it’s judgment day. This would take place in the Hall of Two Truths. Anubis was a jackal headed deity considered to be the god of the dead. He would be the judge along with forty two other deities and judges that would judge each soul.

The worth of the soul would be valued with a set of scales that would be placed on his heart. All the good deeds and bad deeds performed by the individual would then be placed on these scales and then he would be judged according to their criterion, which was the Ma’at. Ma’at was considered to be the goddess of justice and was symbolized by a feather. Depending upon which scales were heavy the soul would be made to proceed to its final destination. Those souls whose scales of good had outweighed their scales of bad would be granted permission to enter the blissful afterlife. On the other hand those whose scales of bad deeds were heavy would be handed over to the Devourer of the Dead, which was the Egyptian equivalent of hell.