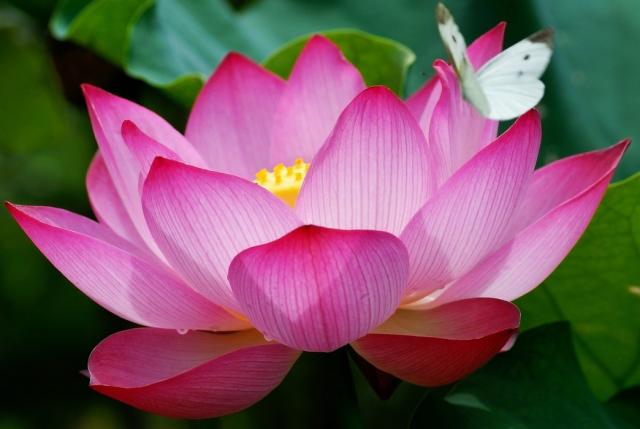 Want to learn more about the Egyptian lotus flower? Read on for facts and info on the use of the lotus flower in Egypt…

The mention of the lotus flower can be found in many ancient Egyptian legends. The lotus flower was part and parcel of the Egyptian religion. The Egyptian lotus is a unique flower with respects to the fact that it is the only flower that fruits and flowers simultaneously. It grows in muddy swamps the flower extends out of the water and blossoms into fifteen white or pink oval shaped spreading petals. At its center is a flat peculiar seedcase.

According to ancient Egyptian mythology the lotus flower was taken as a symbolic representation of the sun. It was also associated with rebirth and creation. This was primarily because of the physical behavior of the flower as it closes during the night time and descends back into the pond or swampy water and rises up once again at dawn.
According to ancient Egyptian mythology the first rose to ascend out of the watery chaos was a giant lotus. This took place at the beginning of creation according to the legend. Following this the sun rose out of the giant rose from the first day.

The Egyptian Lotus is taken as a symbol of Upper Egypt. The creation story originates from Heliopolis. According to the legend everything was an infinite ocean prior to the creation of the universe. The ocean was composed of inert water which was also the basic constitution for Nun, the primeval being.

For the Egyptians the Lotus flower carried a total of 4000 years of embodied spiritual enlightenment. This is why it was commonly believed that the lotus flower had the potential to accelerate the development of spirituality in an individual. It was also believed to have healing properties.

Archeologists have been able to unearth lotus flowers as they were used by the Egyptians in the days gone by. The discovery of King Tut’s tomb in 1922 revealed that his body was scattered with blue lotus upon burial. This gave historians the suggestion that the lotus was a symbolic flower. However the Egyptians also made use of the lotus for intoxication purposes using which they would get into an ecstatic state and experience hallucinations.

The lotus flower was also commonly used for medicinal purposes amongst the ancient Egyptians. It formed the central ingredient in many herbal remedies. The use of the lotus flower as a powerful tonic with the potential to boost good overall health is present even today.