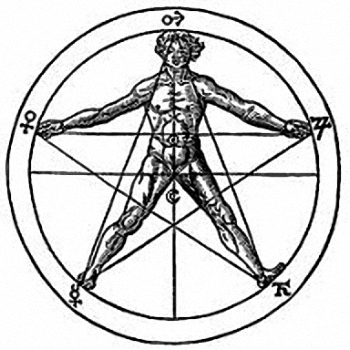 The ancient Egyptians are credited for formulating the principles upon which sacred geometry is based. The implementation of these principles can clearly be seen in the wide variety of architectural structures from ancient Egypt.

The ancient temples and buildings display a magnificent example of harmonic proportions that were created using design principles that had been laid down in detailed canons.

The most fundamental aspect of sacred geometry was the relationship that it drew between natural progression of growth with proportion. This concept was realized by the natural proportion and progression upon which the existence of the universe rests.

Basically sacred geometry was consistent with the balance in nature that was found around us. A similar concept is popularized as the “Fibonnaci Series” in the West.

The ancient sacred geometry system consists of a progressive series which was initiated by the first two numbers of the ancient Egyptian numerical system. These numbers were two and three. The total of these numbers was added to the next number and the series continued in this manner. Hence to understand in a simple way you can assume each number to be the total sum of two numbers preceding it.

What made this series unique was the fact that similar patterns can be seen reflected in many different elements of nature around us. Examples include the manner in which pine cones are arranged, the petals of a flower, the way in which the nautilus shell grows and the number of seeds found in a sunflower.

Archaeologists have been able to find a considerable amount of evidence indicating that the Egyptians were well-versed with the summation series. This is evident in the architectural plans of many of the ancient Egyptian tombs that have been constructed throughout the course of history. The plans clearly show how the series has been incorporated on the longitudinal axis of these buildings. The dimensions have been noted down in cubits which are clearly following the principles of the summation series.

Hence it can be concluded that the summation series is not only in confirmation with ancient Egyptian mathematics but in fact it is the very extension of the same. Egyptian sacred geometry has been defined as having an additive procedure. Not only do we find historical records in the form of writings denoting that the Egyptians made use of this science rather it can be clearly seen in the practical aspect of Egyptian life. The manner in which the Egyptians reduced the multiplication as well as the division of spaces in order to break higher multiples and reduce them to sum of continuous duplications is also indicative of the use of these principles.

It is believed that the Egyptians possessed the knowledge about sacred geometry in the time of the construction of the temple of Khafra. This temple was built around 2500 BC in the region of Giza.