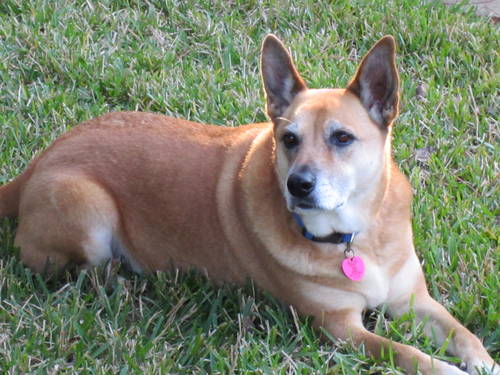 Looking for a German Shepherd Labrador Mix Dog? Learn more about this mix breed German Labrador and why it us important to get the puppy from a reputable breeder…

When you’re looking for a German Shepherd Labrador mix dog consider purchasing it from a reputable breeder specializing in developing these kinds of dogs. If you just buy the mix dog from a basic kennel you will not be purchasing a dog that has been developed but rather getting a puppy from an accidental litter. The main disadvantage here is that there will be no health guarantee and the breeder will simply make money without giving you any benefit while transferring all the risk to you.

Unfortunately, many million crossbred dogs are abandoned and end up dying in shelters because the owners do not like the characteristics once the dog starts growing up. Therefore it is important to be wary of breeders who are promoting themselves as developers of the German Labradors, the Labrador Shepherd or Alsatiadors. These are often touted as designer cross breeds to excite the owners.

Since these breeders are focusing on making money they are not concerned about the health risks and potential disorders that the dogs might have. Apart from this, uncontrolled and careless breeding will result in a dog with unpredictable temperaments.

When looking at the German Shepherd Labrador dog mix it is a better idea to get them from a local shelter and find a good adult dog rather than risk purchasing a puppy. In this way you will at least be certain of what the dog looks like and the kind of temperament that it displays.

There are many shelters which have abandoned German Shepherd Labrador mix dogs. It is unfortunate that no one will ever know if the dog is actually a cross between a Labrador and German Shepherd. So don’t depend on choosing a dog because of its good looks but rather go for the overall health and temperament. The German Shepherd itself is a very beautiful looking dog and are exceptionally intelligent. They cannot be kept at home as a quiet pet and need to be involved in consistent activity that keeps their brain alert and allows them use their intelligence.

They can be enrolled in agility and competitive obedience classes because they’re not just considered basic pets but a true member of the family. It requires a lot of exercise. When choosing the Labrador and German Shepherd mix dog you should have considered the fact that you will need to give it a very active lifestyle. Make sure you go for a responsible rescue shelter when choosing a Labrador and German Shepherd mix dog. Do not go for breeders as they are into the moneymaking business and it is not a good idea to get a sickly dog which may be prone to health disorders.