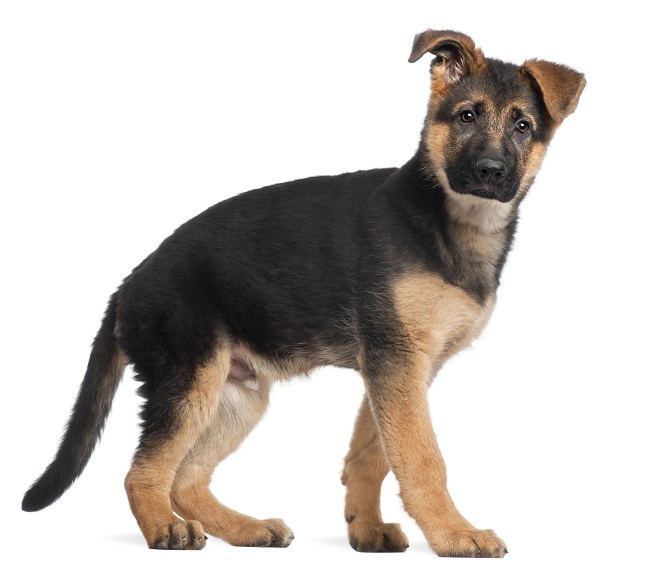 Many breeds of dogs are being miniaturized but technically the German Shepherd miniature puppy breed does not exist and is not recognized. The different dogs which have been transferred into miniature sizes include the stumpy tail cattle dog, border collies and Staffordshire Terriers. These are not recognized as show dogs and all true German Shepherds are large boned and heavy dogs. Therefore do not fall prey to breeders and kennels which claim to have miniature German shepherds.

True shepherds are not a mixed breed, and there is also confusion about the Dwarf German Shepherd dog. This is not a miniature version, however, due to different health reasons caused by a genetic defect the dog suffers from pituitary dwarfism. This means it does not grow completely and requires constant attention and care by the veterinarian in order to survive throughout its life. Furthermore, constant attention is required to manage the condition of its coat and health. These dogs are easily identifiable when they are born.

Other problems which they may suffer from include allergies, thyroid and pannus along with a poor coat. Unfortunately some of them go bald as they age and none of them grow bigger than 30 pounds. Their temperament remains the same and they retain the characteristics of the lively German Shepherd. If they take to the happy homes and families then they can live healthily and make a good companion given the right healthcare.

It has been seen that many dogs have been abandoned due to the fact that the owners were mistaken that they are miniatures. This has resulted in rescue centers flooded with dogs that grow beyond a certain size and are no longer easy to manage in a household.

The original breed was developed in Germany by a cavalry officer from the German army known as Captain Max von Stephanitz. He has developed a golden middle which means a good temperamental dog of large size would qualify as an original and authentic German Shepherd.