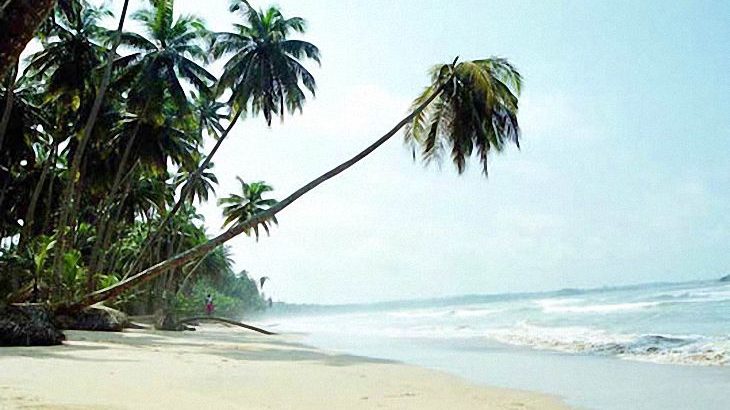 Ghana is home to a number of superb beaches that stretch across its coastline. Below is a look at some of the best beaches in Ghana and what you can expect when you go there on your next vacation.

Cape Coast is a World Heritage site that presides over pounding waves, with rows of cannons lined up in aim. Cape Coast is a vibrant town whose history as the largest slave-trading centre in West Africa is apparent from the massive Cape Coast Castle located in the heart of the town, and overlooking the sea. This whitewashed castle has been extensively restored and is now home to a fascinating and moving museum that chronicles the Castle’s disturbing history.

Just north of the Cape Coast Castle is the fishing boat launch area where tourists can watch the fishermen as they prepare their colorful boats and green fishing nets. Other Cape Coast attractions include the series of Asafo Shrines, the Oguaa Fetu Afahye harvest festival, the biennial Panafest theatre festival and the Cape Coast Centre for National Culture. About 30km north is the Kakum National Park, one of the best preserved and most diverse national parks in West Africa.

Cape Coast is popular amongst tourists because of its friendly and hassle-free atmosphere. On any given day, you will find a football game in progress on the beach, with many children playing in the surf. In fact, Cape Coast boasts the reputation of being the very first spot where soccer was played in Ghana. This beach is convenient and great for lazing around on deck chairs on a hot afternoon.

Takoradi lays on the south-western coast of Ghana, making up the smaller half of the twin city Sekondi-Takoradi, the capital of the Western Region state. Takoradi is famous for being home to the first deepwater seaport in Ghana that was built in 1928.

As the fourth largest city and centre for industry and commerce, Takoradi also boasts a host of historical edifices, hotels restaurants and beautiful beaches which are great for people watching. It is easy to access Takoradi by air or by road, with either public or private transportation.

Kokrobite beach is just one of the loveliest and most popular beaches in Ghana. Quiet and dotted with small hotels and guests houses, spots such as Langma are what make up the gorgeous beach at Kokrobite that draws tourists in droves.

This clean beach is part of the small fishing village of Kokrobite which has in recent years proved to be a popular tourist spot for both domestic and foreign tourists. Situated about 20 miles away from Accra via a tro-tro ride, Kokrobite is home to a key attraction in the form of the Academy of African Music and Art (AAMA) which attracts dancers and drummers from across the globe.

This beach is kept clean through the noble initiative of the locals who go out each morning to pick up all the litter that was left lying around. And later during the day, the locals go out fishing in their colorful boats.

Located in the Western Region of Ghana, Beyin Beach was listed in 2012 as one of the top 25 beaches in Africa. Placed at 18th place on the list, Beyin Beach was described as a classic African working beach at which you can expect to see a hundred men pulling in large seine nets full of fish.

This beach is located close to the popular Nzulezo village which features wooden houses built on water. Here you can stay at hotels set in peaceful coconut groves, overlooking the Atlantic Ocean and relax on the golden sands that stretch over miles of coastline.

One of the best beaches in Ghana, Busua offers tourists an ideal spot for relaxation, splashing around in the Atlantic and dining on some fine lobster. There are a number of hotels situated along the beach front which range from simple to luxurious, depending on your budget.