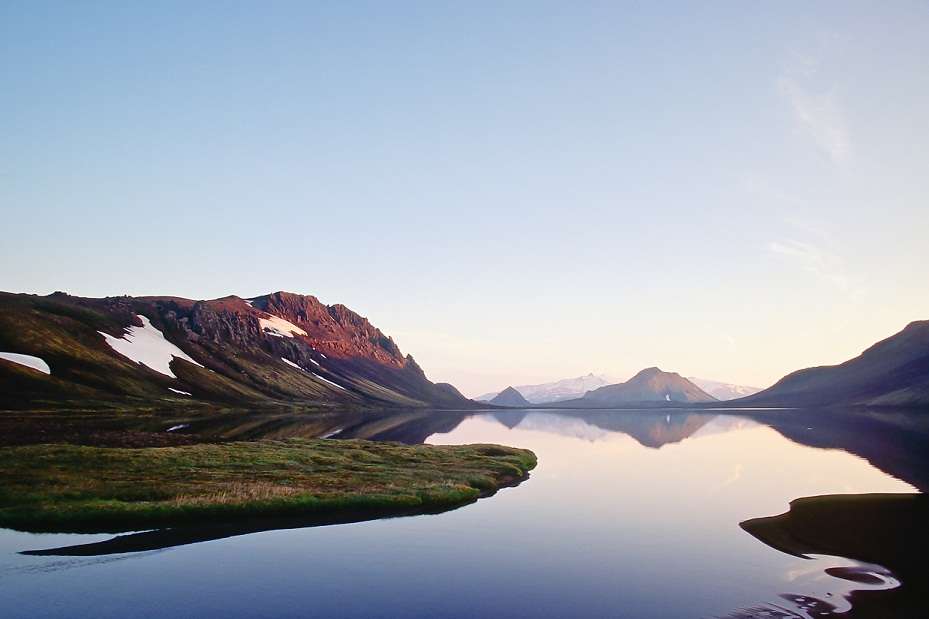 A tourist can embark on a walking tour and explore the many sights in Iceland’s countryside; and the capital city ,Reykjavik. For more ideas on Iceland walking vacations read our guide for more facts & information…

Thingvellir is a popular tourist destination in Iceland. It is a place of historical significance, as it is the location of the Althing, the oldest parliament in the world. Your tour guide may give you historical details about the Althing, as well as other significant sights in Thingvellir.

In Thingvellir, you can trek through Almannagja, a canyon with rough and jagged grey formations. Almannagja has a picturesque landscape with vertical cliffs. A trail crosses through the canyon, with the vertical cliffs on both sides. Walking down the trail, one might get the impression that the cliff is a gigantic stone wall, especially because the cliffs look like they are made up of huge stone boulders stacked on top of each other. The trail through the canyon is right where the Eurasian and North American tectonic plates meet. It’s moving at a rate of about an inch a year, distancing Europe from North America.

The Oxarfoss waterfalls is located in Thingvellir too. The fall’s cliff has large boulders at the base, and has the same stone wall resemblance of the canyons at Almannagja.

You can enjoy a walking holiday in Iceland’s largest city and capital, Reykjavik. The city is relatively small (population: 120,000; including suburbs: 200,000) for the largest city of a country; especially when the city, together with its suburbs, contain 60% of the country’s population. You might not find a tall, looming skyline; or bustling streets; but nonetheless, the city has great places.

You can stroll along the shores of Tjornin, a small lake located in central Reykjavik. The lake attracts many ducks and swans.

The Reykjavik Art Museum for visual art has an array of sculptures and paintings for display.

The National Iceland Museum displays early Icelandic antiquities such as wood and horn carvings, a visit there could be a great way to learn about early Icelandic history and culture.

You can also visit the Árbæjarsafn Museum to learn more about the culture and lifestyle of the early settlers of Reykjavik. The Museum has archaeological findings.

Shops at Perlan sell souvenirs, food items and Christmas items. There is also a cafeteria for snacks, and a revolving restaurant. A viewing deck is located at the dome-shaped structure, on top of the hot water storage tanks. Because Perlan is located on a hill you can get a nice view of the city, and the snowy Mount Esja, from the viewing deck.

Perlan is also home to the Saga Museum. At the Saga Museum, you could view the silicon, life-like sculptures of notable Vikings. At the museum you can learn a lot about early Viking history and culture.

Whatever geothermal water storage tanks have to do with a revolving restaurant and a museum remains a mystery, but the large, white, cylindrical tanks do give the Perlan building an amazing architecture.

You can go visit Dyrholaey, a peninsular located in the southern region. You can find cliffs with spectacular basalt formations and cave-like holes. Beaches along Dyrholaey’s shores have black pebbles instead of sand. There is also a picturesque rock formation extending out into the sea, which forms two arches like a bridge. In the summertime, you can view puffins that gather at the cliffs in large numbers.