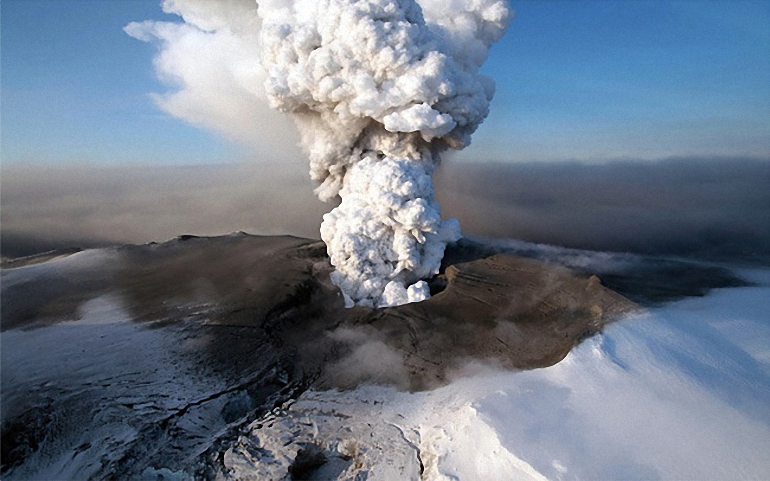 Iceland is a country of volcanoes and one of the greatest eruptions has been via the Laki volcano in 1783.

Iceland is an island of volcanoes spreading right across its landscape and even extending beneath the sea. Many of the volcanoes of Iceland have erupted and been active during its history. In Iceland’s most recent history the massive eruption of the Laki volcano in 1783 caused one of the greatest disasters in living history.

The Laki volcano eruption occurred in the June of 1783 in Iceland killing many thousands and spreading a massive haze that covered most of Europe and parts of North America. This cloud was even reported to have extended into Asia and North Africa.

In its wake, the Laki Volcano eruption, although beginning in Iceland created widespread famine across Europe when the weather pattern changed so dramatically that it affected vital crops in the summer months and saw the loss of livestock.

The meteorological impact of the Laki Volcano eruption in Iceland brought unprecedented weather patterns with violent thunderstorms and hailstorms, killing cattle in the fields and destroying crops.

In reference to the Laki volcano eruption in Iceland, Benjamin Franklin during a lecture in 1784 made the following comments ‘….when the effect of the sun’s rays to heat the earth in these northern regions should have been greater, there existed a constant fog over all Europe, and a great part of North America…’

The Laki volcano eruption in Iceland therefore, effectively eradicated the summer of that year. The sun was obscured by the vast cloud caused by the Laki eruption and, what should have been a warm summer in the northern hemisphere, took on winter proportions, not just in Iceland, but all over Europe. It was reported that the sun either remained as a pale ghost or took on a strange, blood red colour in the volcanic haze.

The repercussions of the Laki Volcano eruption in Iceland resonated throughout Europe for the next few years. The summer of 1783, having been turned to winter was followed by an extreme, harsh winter in 1784, even in North America where it was reported as one of the coldest on record.

The Laki Volcano eruption in Iceland can also be said to have contributed significantly to the French Revolution. After several years of extreme weather in Europe caused by the Laki eruption, the ensuing destruction of crops and livestock brought famine and poverty that built up in France, triggering the Revolution which began in 1789.

In spite of this major historical event in Iceland that changed the path of history, the Laki Volcano eruption in 1783 was not comparable to previous reported eruptions in Iceland, such as the Edlgja eruption of 934 AD which was even greater.
There were others throughout Iceland’s 500 years of recorded history and Iceland itself was born out of volcanic activity, Laki being only one of many volcanoes on the Island.