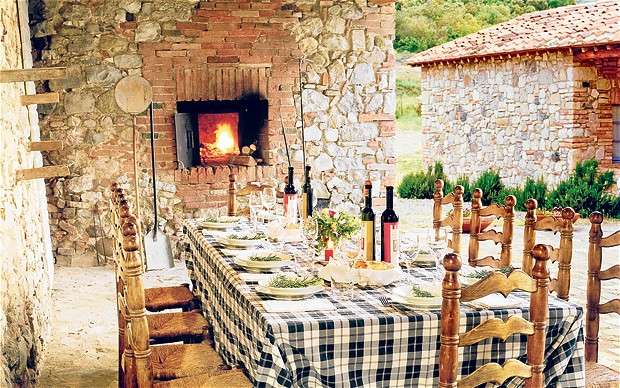 The Italians love to eat, especially on holidays. Find out more about the different holiday foods of Italy in our comprehensive guide to Italian Holiday Food.

The Italians are known to possess a deep love for eating. The unique and diverse cuisine that Italy now possesses has evolved through the years. Right down from the 4th century till today all the political and social changes have brought with them new additions to the cuisine. The improvement in means of mass communication gave easy access to different ingredients and raw materials which resulted in new types of foods. Many of the things that constitute the modern Italian cuisine were never even part of it in the first place. Even within Italy you are bound to find great variance amongst different regions as each region has its own set of traditional foods. The geographical location, climate and kind of foods available along with the kind of people living there make up the regional cuisines.

In Italy holidays are celebrated with food. The Italians love to eat and feed others and hence each national holiday whether secular or religious is taken as an excuse to indulge into some of the finest dishes that you will find in the Italian cuisine. Each holiday has its own traditional food and each region has its own traditional holidays. There are some days however that are celebrated throughout the country with different kinds of holiday foods.

The nineteenth of March is celebrated as La Festa di San Giuseppe in Sicily in particular and the rest of Italy in general. The day is celebrated in honor of Saint Joseph hence it has religious origins. This holiday clearly illustrates how each holiday gets its specific type of cuisine. Legend has it that St Joseph saved Sicily from a famine and it was the fava bean crop that relieved the pain of the population. Hence it forms an integral part of the cuisine for the day. Sicilian pastries such as zeppole are also widely consumed during this day and shared with the needy as well.

Christmas Eve on the other hand sees the Italians observing a symbolic fast in which they consume a light dinner which excludes all the heavy items such as pork and lamb meat. Rather the main course is based around fish and other seafood items along with snails and frogs. Tortellini is the first meal on the day of Christmas. Panettone and pandoro are amongst the most commonly consumed cakes at Christmas. Another popular holiday is the Easter Sunday. Lamb based dishes are the most popular kind of dishes served on this day in both the northern and southern parts of Italy. Tuscany and Umbria celebrate the day with a special breakfast that has Salami, boiled eggs, different kinds of Easter cakes and of course pizzas.

The Italian calendar has numerous public holidays and each of them has its own special cuisine. Holidays like the Labor day and other such relatively newer holidays see the Italians taking on some contemporary form of cuisine whereas the more historic holidays have their own specific cuisine. Irrespective of the origins of the holiday the Italians are known for enjoying their day off with exquisite cuisine to tantalize their taste buds.