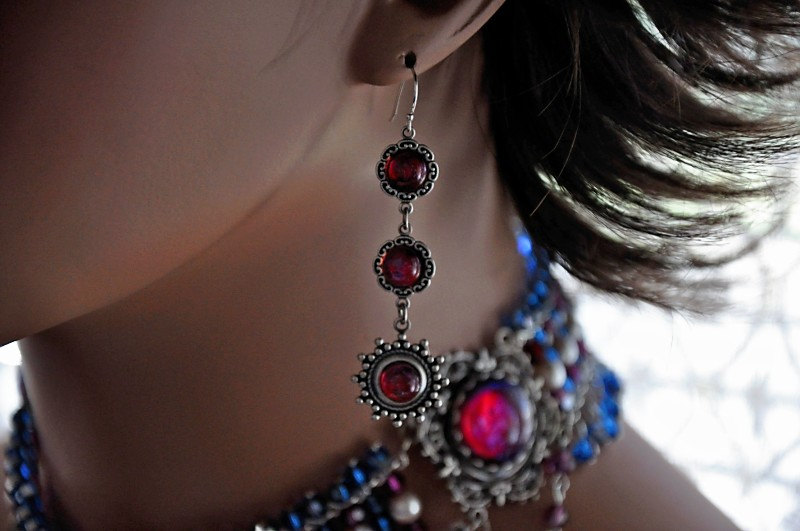 Mexican antique filigree insinuates the lacy gold thread that coils through the manifold crafts in Mexico. The filigree art designs were brought by the Spanish and have endured the tests of time. Read our guide for more facts and information…

The word ‘filigree’ is originally derived from the Latin words ‘filum’ and ‘granum’, which mean ‘a thread of wire’ and ‘grain’ respectively. In ancient days, filigree art was used to decorate metal by crafting fine wire to form intricate designs. The wire may be twisted or even plaited and it has been used in antique jewelry pieces in several countries. It is usually combined with enamel-work and granulation to impart delicate decorations.  Several models from Oaxaca exemplify the real filigree style that came from Spain and represents the finest antiques of Oaxacan filigree jewelry.

Before the Spanish arrived in Mexico, the Mayas used jade and coral stones, as well as abalone shell for making jewelry items. They also traded with the Aztecs for gold. However, after the Spanish conquest, gold filigree was brought in from Spain. Afterward, it was produced for the church repository to serve liturgical purposes. Indigenous people learnt the art of filigree-making and started using the art for crafting jewelry for personal use. Consequently, filigree art began to serve the sole purpose of jewelry based on Spanish designs. The technique was passed down as a family trade to the subsequent generations.

Antique filigree jewelry is produced in gold alone and it signifies the jewelry given to a girl during different stages of her life. For instance, a girl would be given earrings and a necklace during her infancy. Later, when she is given in marriage, the groom’s family would present an ornate collection of filigree jewelry. The amount of gold indicated her social status and it was considered her own property. Silver filigree made its debut in the mid twentieth century to cater to the export market, but it came to a close after the social security system emerged in Mexico.

The rise in gold price in the later half of the twentieth century caused the fall of gold-filigree demand. Filigree-making skill is highly demanding and it takes several years to master the skill. Today, the art is taught in traditional art schools in Mexico. Gold filigree is worn during festive occasions to complement the traditional attire. Most of the antique filigree jewelry is inherited as family heirloom.

As the admiration for hand-crafted jewelry still prevails, Mexican antique filigree has much appeal. The indigenous Mayas of Mexico’s Yucatan region support this traditional art, despite the pervasion of machine-produced jewelry caused by urbanization.

Mexico 0 263
Going on vacation to Kino bay Mexico? Looking for a good hotel deal or

Mexico 0 9
Going on vacation to Cabo San Lucas in Mexico? Want to know where the

Mexico 0 13
Going on a family vacation to Mexico? Looking for suitable vacation spots in Mexico