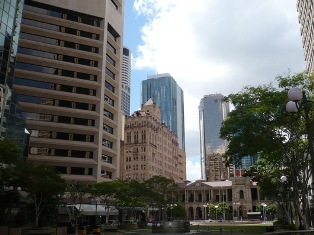 Brisbane Australia is one of the most popular states because of its close proximity to the sunshine coast. Not only does it have a full-fledged commercial district but it also has well-developed suburban areas and tourist accommodation zones. One of the leading suburbs to live in is Alexandra Hills Brisbane Australia.

The total population of Alexandra Hills Brisbane Australia was recorded as 16,985 in the 2006 Census. The residents are mainly located on the southeastern side of Brisbane in Redland City.

Actually, the suburban area of Brisbane’s Alexandra Hills lies the middle of two major areas of the Redland city. It has on its east side the area of Cleveland, while on its west lies the area of Capalaba.

The Alexandra Hills State High School is known as the largest high school in Redland city and is located adjacent to the TAFE on  Windemere Road. It is home to the 136 Army Cadet Unit based in the City of Redlands.

One of the most notable students from the school is renowned Australian author and poet Nathan Appleby. Furthermore, Brad Gustafson, who is a celebrity producer for the Seven Network also attended here.

Some of the high-profile and popular commercial establishments at the city center of the suburban district include the Valentine Shop, Alexandra Hills shopping center, The Red Shop, the Red Rooster, Hungry Jack’s and Batteries Plus, which make for a well-rounded and self-contained collection of commercial establishments.
The suburb also has many popular and notable sporting clubs that are participated in by area residents. The most famous one is the Alexandra Hills Bombers, followed by the popular Alexandra Hills Cricket Club, Australian Rules Football Club and the Alexandra Hills Junior Meteors Netball Club covering a variety of sports and offering residents an ideal opportunity to remain healthy and enjoy leisure conveniently.

Since bush lands and recreation go hand-in-hand in Australia, there are many parks and bush land areas in the suburbs. These include the beautifully landscaped Windemere Road Park, Valentine Park, Coolwinpin Creek, Community Centre, Hanover Drive Park and the Keith Surridge Oval along with George Street Park.

A most beautifully developed park is the Windemere Road Park with a full fledged climbing wall and a baseball court, flying fox, skate-bike bowl and a leash free area for dogs.

This extensive park is built all the way from the Windemere Road to the Cumberland Drive. Additionally, special areas for Australian pooch lovers have been established in The George Street, as well as the trail area in Valentine Park.