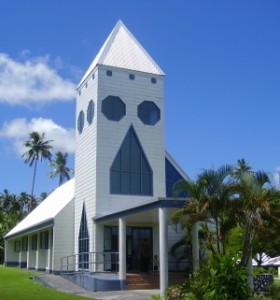 The Seventh-day Adventist Church is regarded by many as being a deviant denomination of the Christian faith. It is distinguished by its observance of Saturday as its Holy Day or Sabbath because of its claim that it was the day that was singled out in the original Judeo-Christian week. This belief has earned the church the criticism of orthodox or traditional Christians and many have even accused it of apostasy.

The religion of Christianity is also characterized by its strong insistence on the second coming of Jesus Christ. Over the course of time the Seventh Day Adventist Church has attracted many members and is today regarded as being the eighth largest group to stem from Christianity. Although the beginnings of the group can be traced back to the Millerite movement that took place in the mid 19th century in the United States, today members of the group can be found all across the world from Mozambique to Australia.

The group was officially established in 1863. Ellen G. White is regarded as being one of the more notable personalities that had a profound role to play in the initiation of the movement. Writings from this person are still highly regarded by members of the group right up the present day.

In terms of theology the Seventh Day Adventist Church shares much of the same core beliefs with the evangelical school of Christian thought. It includes the infallibility of the scripture and the belief in the concept of the Trinity. However it does maintain some distinct beliefs. These include the doctrine of investigative judgment and the unconscious state of the dead. Another characterizing factor that differentiates this Christian denomination is its insistence on health and diet regulations. It promotes religious liberty and maintains a holistic understanding of human beings. At the same time it encourages a conservative lifestyle according to its basic principles.

The General Conference is responsible for governing the world church. Smaller regions are then assigned to divisions, local conferences and union conferences. Over 16 million from all corners of the world are currently members of the Seventh Day Adventist Church. It has reached out with missionary activities in more than 200 countries and its members bring to it much ethnic and cultural diversity. A variety of different schools, publishing houses, hospitals, charity organizations and humanitarian aid organizations operate under the church’s umbrella across the world. The Adventist Development and Relief Agency, popularly known as ADRA is the most widely known organization that operates under the church.

Among the notable personalities that led the Milierite movement in the 1830’s were Hiram Edson, James Springer White and Ellen G. White. Joseph Bates and J.N. Andrews are also remembered as being important personalities by the church. The first base of the Seventh Day Adventist Church was in New England. Today it operates as an international organization with its centers set up in many different parts of the world. As it continues to attract new members it is still labeled at times as an apostate group by certain other denominations of Christianity.