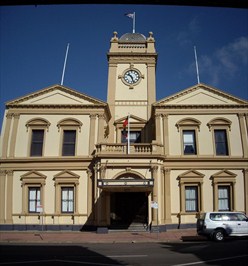 The launch of the new single of pop music band, Lucky Wonders will be conducted in New South Wales in Australia in 2010. Much furor has surrounded the band Lucky Wonders and their Happy Pill record launch. The location selected for the tour and the launch is the famous Byron Bay Markets.

Ticket Sales for the Tour by Lucky Wonders in NSW Australia

Information is available on the floor plan and seating arrangements for fans of the musical tour by the band Lucky Wonders in NSW in Australia. If they hurry, they can choose the seat and the ticket of their choice. Since there are only a few days to go until the event, tickets are being sold very rapidly. The Lucky Wonders have caused quite a stir with the launch of their hit single ‘Happy Pill’. There an entire online community and website dedicated to the countdown to the big day and a Countdown Widget has been activated on the webpage to mark the date of the event and countdown the days leading up to it. The live show presented by the band in Australia has been extremely popular during the previous year.

Awesome musical and lyrical talent is reflected in the strong and candid lyrics that have been written by the famous duo Emma Royle and Jessie Vintila. Their focus on personal themes is welcomed by their audience and lends the classy music a real feel. The songs focus on the courage and good fortune of those individuals who can face the challenge of striving to realize all of their dreams, while fighting off their demons at the same time.

Background of the Musicians

Jessie Vintila is an award-winning songwriter. In her previous role she has provided solid support to bands and musicians like Eskimo Joe, John Butler, The Cruel Sea, Jebediah and Jenny Morris. In fact, she was the 2007 finalist at the MusicOz wards. By the 2009 this songwriter managed to discover her musical counterpart and the relationship between her and songwriting soul mate, Emma Royle blossomed into wonderful music. Lucky, based in Byron Bay New South Wales Australia, is actually a band that started off by creating music for a puppet show during the Adelaide Fringe Festival.

Its music and lyrics were original and influenced by musicians like Dusty Springfield, The Waifs, Tom Waits and PJ Harvey. The band added on a double bass guitarist Brent Calcutt and a talented drummer Anastassijah Scales, resulting in a very talented quartet. The latest offering titled ‘Happy Pill’ focuses on the quick fix mentality found in society today.

Vocalists Royle and Vintila deliver focused music that is very light on the ears with a melancholic and bittersweet effect on one’s mood. The track is unbeatable. The album was recorded in collaboration with the esteemed Anthony Lycenko who is an ARIA nominee along with Ben Franz of The Waifs.