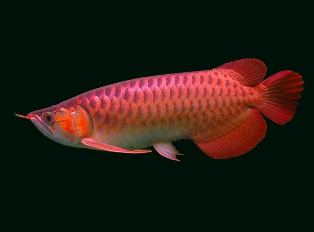 Interested in Australian Arowanas? Learn more about the fish Arowana Australia from the Gulf Saratoga family…

Description of the Australian Arowanas

This bony fish has a dark colored body that is fairly long and has seven distinct rows of fairly large scales. Each of the scales has pink or red spots that are shaped like a crescent at the edge of the scale and results in a pearly appearance on the fish. The pectoral fins are very large and look like wings. The small scale size and dull coloration of the Asian arowana is perhaps the only thing that sets it apart from the Australian Arowanas.  The maximum length for the fish is 35 inches whereas the maximum weight is typically 38 lb. However there are some instances where the Australian Arowanas have been known to weigh as much as 59 pounds. Adults have an approximate depth of 25-28% in their bodies compared to the Standard Length regulations. This is therefore a very robust fish.

This mouth brooder has the female fish brooding the young inside her mouth rather than the male. Sometimes these fish, which resemble the Asian variety are sold under the name of the Golden Arowana in Asian countries. There are specific names for the Australian arowanas. The first one is the Northern Pearl Baramundi with the scientific name Scleropages jardini while the Spotted Baramundi is known as Scleropages leichardti according to this classification system.
Place of Origin of the Australian Arowanas

Average Cost of the Australian Fish

The first variety known as the Jardini can be purchased at the size of a maximum of a 3-inch length and can be purchased from December all the way through spring. They are quite pricey and may cost as much as $50. When the longer fish come on the market after spring they become very expensive. However, it is common sense to buy the smaller version and let it grow to a maximum length rather than pay twice the amount of money. The Spotted Baramundi comes on sale very rarely and is not a commonly purchased for an aquarium or for meals.

Sizes of the Australian Arowanas

In the first year the growth rate is fastest and you may notice a change of a maximum of 1.5 inches every month, with a year-old fish being more than a foot long. Following this the growth rate will slow down and the maximum length will reach about 3 feet. Once they become healthy and robust it is difficult for them to move inside a small tank. This makes the fish inappropriate for use in the water tanks in small homes and they’re better suited to large areas. One of the small fish can be housed in a 180-gallon tank that is 2 feet wide but as the fish grows it will have to be let out in the fresh water.