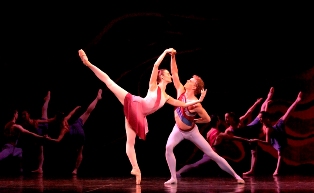 The Australian Ballet company is considered the pioneer of classical ballet in the world. The company was established by the British ballerina known as Dame Peggy van Praagh in 1962. Today it is recognized as one of the leading international ballet companies in the world.

History and Establishment of the Australian Ballet

The origin of Australian Ballet can be traced back to the 1940s Borovansky Ballet, which was established by Edouard Borovansky who was a notable European dancer who continuously toured with the famous Russian ballerina known as Anna Pavlova and her Russian ballet company.

When Anna Pavlova started her tour with the Covent Garden Russian Ballet, the dancer then stayed on in Australia and established the first ballet school in the country, which was later named the Baronovsky Australian Ballet. After he passed away 1959 the school was aptly run by the British ballerina Dame Peggy van Praagh.

She had debuted in 1933 with the pioneer ballet company in Britain known as The Ballet Club and spearheaded by Dame Marie Rambert and subsequently led to the formation of present-day Rambert Dance Company in Britain. With these leading credentials and ballerinas spearheading the organization, the Australian Ballet Company soon became one of the best in the global arena.

The extensive experience of the lady spans many concerts and teaching assignments in Denmark, England, Germany and Canada along with Norway and Sweden. When in Australia from 1960 to 61 she was the director for the Borovansky Ballet. She established the present day Australian Ballet company by dissolving the previous company in 1962.

Structure of The Australian Ballet Company

The company was structured to follow the time-tested structured of the Royal Ballet Company in London. This is because it was the most influential ballet organizations of its time and really had a global and all-encompassing impact on the art of ballet.

Interestingly enough its ballerinas were employed from the same team of dancers who previously performed for the Borovansky Ballet. Since the first show was performed by this company at the Sydney-based Her Majesty’s Theatre it gained recognition as one of the leading national ballet companies of Australia.

Establishment of the Australian Ballet School

Subsequently the Australian Ballet company went on to garner a solid international reputation as a leading contender in the world of ballet. The principal dancers who were part of the first season in the Australian Ballet’s debut included the renowned Kathleen Gorham, Marilyn Jones and the talented Garth Welch.

Dame Van Praagh was extremely successful as she went on to secure the services and patronage of the renowned Ray Powell from the Royal Ballet. He actually served as the first Ballet Master for the Australian Ballet company on a temporary basis.

Combined with the famous dancer of the Covent Garden Russian Ballet known as Leon Kellaway who performed as the first ballet teacher for this company, Dame Praagh had set the foundation for a fabulous company to grow and thrive under a progressive structure. Finally in 1967 the Australian Ballet School was established to train new dancers and came into its own and was an entity to reckon with.