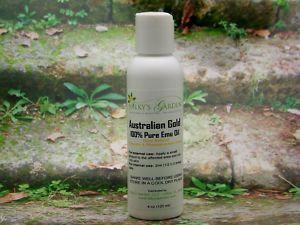 Would you like to know about the benefits of Australian emu oil? Did you know that emu oil can be effective against several medical conditions? Read our informative guide on the benefits of emu oil from Australia…

Emu oil is an extremely potent alternative treatment for several health issues such as diabetes, arthritis, hair loss and many other chronic conditions. Several medical studies have been conducted to find out about the efficacy of emu oil in treating various maladies and every day new discoveries are being made through which the benefits of emu oil can be expanded upon. Even though modern medical science is just waking to the advantages of emu oil, it has long been a part of the Australian aborigine culture.
Research has revealed that Australian emu oil is remarkably effective against conditions such as fibromyglia, athletic injuries, arthritis and other conditions that can be very painful. Hypo-allergenic, fast-absorbing emu oil can also be used to treat conditions such as eczema and psoriasis. It also has several cosmetic benefits and can reduce the appearance of scars, stretch marks and burn and can prevent hair loss.

Among the several scientific bodies and universities conducting research on emu oil is Botin University Medica Center and many other educational facilities all across the USA. These scientific institutions have been successful in determining the benefits of Australian emu oil in the treatment of several ailments.

Australian emu oil is an odorless oil that penetrates the skin quickly due to the lack of phosphorous in the human skin cells, it’s non-irritating and can provide instant miniaturizations and relief from soreness and pain. If you have dry scaly skin, Australian emu oil can be particularly beneficial for you because it is rich in natural antioxidants that stay on the skin even after washing.