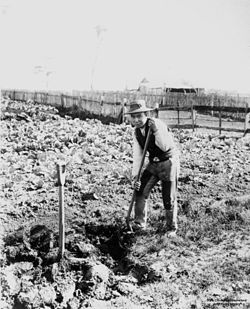 Are you interested in Chinese labour during the Australian gold rush? Then read our article for facts and information…

It is a well-known fact that the Australian gold rush proved instrumental in luring many Chinese people from the Southern regions of China to Australia. Most of these people came to Australia in search of their fortune while their families stayed back in China. Generally, these people would send money back to their families while they worked in Australia and then eventually they would retire back to the village working as cabinetmakers, market gardeners or shopkeepers.

The Chinese immigrants who moved to Australia quickly set up Chinatowns in many prominent cities if Australia. Even though the environment was not conducive for the development of the Chinese communities in Australia due to the White Australia Policy in the early 1900’s eventually, the advent of multiculturalism saw many Chinese immigrating to Australia from various countries such as Vietnam, Hong Kong, Laos, Mainland China, Cambodia, Taiwan, Indonesia etc.

However the Australian gold rush is an extremely important historical phase in the immigration of large number of Chinese people to Australia. While many Chinese were already working in the goldfields of Victoria and some were employed with the smaller NSW fields in the 1850s. There was a massive upsurge in immigration when large gold finds were discovered in NSW and Victoria passed an anti-Chinese legislation. Many Chinese gold seekers came by ship through Sydney. The growing influx of immigrants led to the development of dormitories and fish curing stores for these miners.

After the end of the Australian gold rush, Chinese immigrants either dispersed back to China while a significant number of them headed to NSW. Very soon the Chinese populace started exploring other means of making a livelihood such as opening stores, restaurants, some became merchants and hawkers.

After the death of the White Australian Policy in 1973, many new Chinese immigrants entered the country from non Cantonese speaking parts of China and South East Asia. Most of these families settled in Sydney. Today, there are several Chinese language newspapers in the country along with a Chinese Chamber of Commerce and the Chinese community is involved in a variety of business including trade related activities. The Chinese language is being taught as a second language in several schools across Australia and there are Chinese representatives in both the State and Federal Parliaments of Australia.