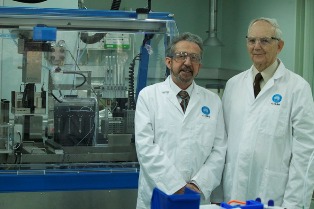 Throughout history, and even today, there are scores of eminent Australian inventors whose work has garnered much attention from the scientific community. Even though many of these researchers and inventors are involved in different fields of science; they share a few common traits which have led to their astounding success in their respective areas.

Most of these Australian inventors come from varied background and economic strata. Some are engineers, others artists or university professors. Then there are others who started as hobbyists but turned their passion into a fruitful career and even some businessmen. While some have internationally acclaimed degrees others have barely completed their schooling. However, here are some of the common threads that emerge when you observe them and their work closely:

Curiosity: A quintessential trait for an inventor one that often leads to startling discovers in curiosity and all Australian inventors display lots of it from an early age; their curiosity to understand how things worked is what pushed their careers in the right direction. Most of these people were happy spending hours thinking about the mysteries of science as opposed to their friends who were content in their 9-to-5 jobs

Model Building: Most successful Australian inventors also had a penchant for constant model building, regardless of the scientific area that they were working in from mechanics to computers and from political to social sciences; these inventors were constantly reframing, taking apart and trying to fix things in any way.

Motivated: Needless to say, any scientific discovery takes patience and persistence and you cannot achieve these two without a significant amount of motivation. Most Australia inventors were being driven by a simple thought; they wanted to make the world a better place. Let’s take the instance of Davis Warren who was motivated by a personal tragedy that entailed the death of his father in an air crash; while others were motivated by the money.
Some could take care of themselves: These Australian inventors also displayed surprising self management skills; while some achieved their dreams through teamwork, others were content working on their own

Several Interests: Another traits that stands out in most Australian inventors is their sheer scope of interests; these are not your run of the mill geeks; they are intellects with a breadth of knowledge that encompasses several areas; it is because of this that they could derive solutions from a completely different area than their main field of research.