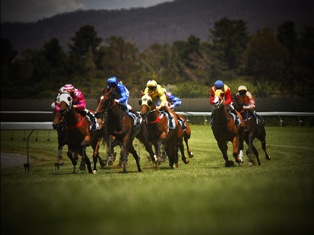 Interested in Australian jockey premierships? Would you like to know about one of the most famous jockeys of Australia to reach the premiership? Read our informative and factual guide…

Scobie Breasley is a well known jockey, yet he never won the Melbourne Cup , astoundingly he was skilled enough to claim one of the most successful and the longest running careers in the history of Australian racing. He had the honor to be the inaugural inductee in the Australian Racing Hall of Fame, He died at the ripe old age of 92 in 2006 and the Australian Racing industry had lost one of its star jockeys.

Born as Arthur Breasley; Scoobie as he became well known was born in a small town of Wagga Wagga. The nickname Scoobie stuck with him after he apprenticed under well known trainer and family friend Jim Scoobie. . Scoobie got the first taste of victory at the tender age of 16 when he won AJC Metropolitan Handicap. Even though he started in the Melbourne Cup and went on to participate in the race at least 16 times, he never had the honor of picking up the cup. As opposed to this, he managed to pick up the Caulfield cup a surprising five times including ever year between 1942 to 45. His winning run at the Caulfield cup has never been repeated.

In 1950, Scoobie, with a very successful career under his belt in Australia left for England to scale greater heights in Europe. Here again his surprising victories made him an internationally known jockey. Some of his well documented and celebrated wins in Europe included the Prix de L’Arch de Troimphe in France, The English Derby and the English Jockey’s Premiership for four years in a row; from 1957 to 1962. Scoobie enjoyed the peak of his career in the 1950’s and 1960’s. In this period of over a decade he rode 3251 derbies of which 2000 were in England.

Scoobie enjoyed a long career as a successful jockey since the young age of 16  to the ripe age of 50 when he won the English Derby and repeated the feat two years later. However, there were also times when Scoobie’s illustrious career was overshadowed by setbacks; for instance, when he took a bad fall in Alexander park , England and fractured his skull. However, he put his injuries behind him to win two derbies and four championships.

Scoobie finally bid adieu to a long and successful career in 1968 but that was not the end of the line for him because he continued riding but now a trainer. He trained racehorses across 3 continents and dozens of countries including England, United States, France and even Barbados. He continued his winning streak as a trainer clinching the Irish Derby Stakes, the Middle Park Stakes and the Flying Childers Stakes to name just a few.