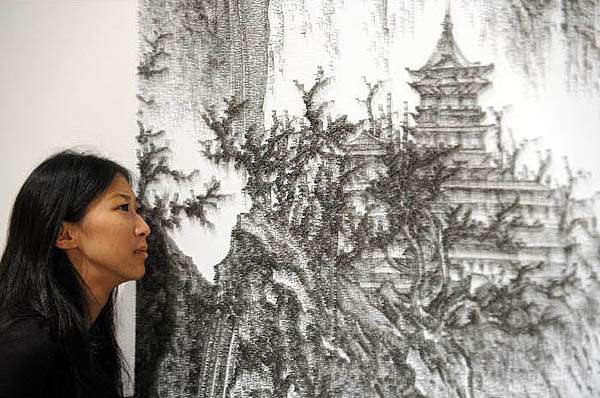 The history of China goes back over four thousand years. Traditional Chinese art has varied throughout the changing times according to the influences of the ruling dynasties along with the prevailing religions. The technological improvements made during the passing years have also had an influence on the art of the region. As it is the Chinese have always possessed a deep love for nature hence it has been one of the major inspirations behind Chinese traditional art.

The ever changing nature of Chinese art clearly show that it has been influenced by so many prevailing tends through changing times. The philosophers of their times had a profound affect on the psyche of the masses which is visible in the art work that was developed under the influence of those teachers. Important religious figures have also had a role to play in the art that was developed in china. Even the political leaders that have ruled over China through its course of history have had an influence on the art of the region.

Traditional Chinese art includes folk arts that revolve around mythological and superstitious beliefs. Then you have a wide collection of Chinese fine arts as part of the traditional arts of the region. We find that the majority of the fine art that was created in China takes its inspiration from nature. The collection of Chinese fine arts includes a large number of landscape paintings as well as other elements from nature such as flowers and birds.

The development of the various performance arts practiced in the country can be linked to the superstitious beliefs of the people. The famous dragon dance for example which is performed during the Chinese New Year celebrations has its roots in ancient Chinese traditions where the famers would perform it as a ritual in order to ward of the drought demon.

Similarly you have martial arts that have been a prominent feature of Chinese culture. The locals would perform various live acts in front of the audience who would find the fighting skills of the martial arts experts to be very intriguing. This is also one of the traditional art forms of China that has attracted world wide attention.

The Neolithic period that evolved out of the Bronze Age during the Shang dynasty was a time when pottery and jade were the main mediums of art. This is perhaps the oldest formalized form of traditional Chinese art. The Chinese also have music and poetry as part of their art heritage which was mainly inspired by the philosophers of the time such as Confucius. With the passage of time pottery, painting, and calligraphy became part and parcel of the traditional Chinese art as well.