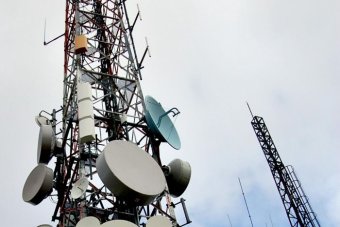 In Australia media ownership is highly concentrated. There are approximately 12 daily and capital city newspapers of which 7 are under the ownership of Rupert Murdoch and his News Corporation while three are owned by the John Fairfax Holdings.

Since the majority of media ownership in Australia is concentrated in the hands of commercial entities, the dissemination of information is restricted and controlled by these companies, which are considered to have a vested interest in. Not only does it have an impact on the content but also on the regulation and manner in which information is released or presented to the intended audience.

A good example is that of Publishing & Broadcasting Limited which has diverse interests. These include the Nine Network, Women’s Weekly magazine as well as The Bulletin. Apart from that the group owns the Nokia Corp., the Crown Casino and Ticketek. There is prime potential for cross promotion of the vested interest among these three different businesses. Since the News Corporation has high-stakes in the publishing, magazine, sports as well as television industry, this results in the complete control of the media and its usage.

From 20th Century Fox to Sky News and Foxtel to Fox Sports along with the National Geographic Channel, this one conglomerate has marked Australian media ownership. Additionally, they have interests in C Channel, The Weekly Standard, The Daily Telegraph Australian Edition and The New York Post and The Courier Mail along with The Australian, Harper Collins Publishers and finally the esteemed National Rugby League.

Consumers and media watchdogs are always concerned about how information is given out to consumers. Not only can the News Corporation give out news in ways designed to sway audience opinion, but it can also feature its own products to serve the interest of its stakeholders oever that of the consumer. For example a national team can be promoted excessively and given prime position in the sports news and on the sports channel. However, it is heartening to know that News Corp. does not have access and a major presence in the free to air Australian TV market segment.

Southern Cross Broadcasting is another group which owns a substantial number of Australian television stations. The subject matter may be dictated during broadcasts, especially if talk shows focus excessively on their programs at the expreess of time allocaed for those shows created by other television or news companies.
Network Tens provides access to the popular Good Morning Australia television talk show and can influence the viewership by broadcasting their own programs and showcasing celebrities that are associated with these TV programs.

Therefore a company can have different rules for censorship or create bias through different means designed to control the information released to the audience in Australia. There is a constant struggle in Australia to ensure that media ownership is diverse, but that is an ideal that is not covered by law and it is very difficult to enforce adherence to that ideal thereby.