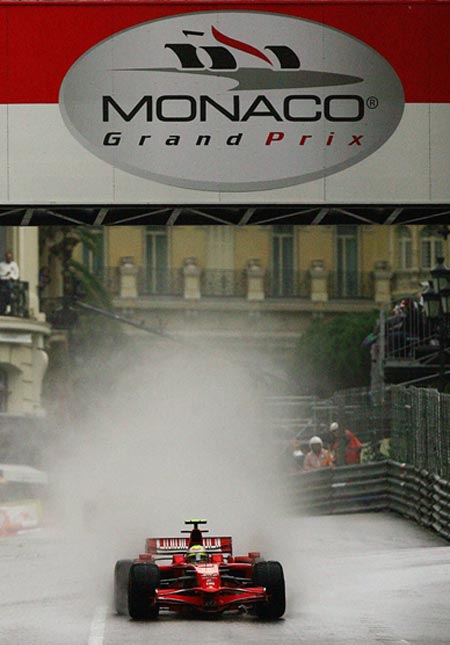 The Monaco Grand Prix is one of the most prestigious and difficult car racing events in the world. Held in the tiny independent state of Monaco, Located on the southern coast of France, Monaco provides the exclusivity, glitz and glamour for one of the biggest crowd drawing sporting events on the Formula 1 calendar.

Monaco is a playground of the rich, with the famous Monte Carlo Casino receiving billionaire tycoons, movie stars and singers on a daily basis. Monaco is also where many of Europe’s super rich harbor their multi million dollar yachts throughout the year. In short, there is no shortage of money when it comes to organizing and hosting the Monaco Grand Prix. Although the precise date of the Monaco Grand Prix varies from year to year, it is always held at the end of May.

The history of the Monaco Grand Prix goes back to 1929, when under the sponsorship of Prince Louis II of Monaco, 16 competitors assembled for the first ever Monaco Grand Prix that consisted of 100 laps of a 2 mile circuit. Of course in those days cars were much slower, able to reach a top speed of only about 5o miles per hour, whereas today Formula 1 cars can exceed 200 kilometers per hour. Since then, due to the patronage of certain rich business interests associated to Monaco, The Grand Prix has grown in prestige and become one of the most highly prized circuits to win in Formula 1 circles.

One of the unique aspects of the Monaco grand Prix is it’s race track. Whereas all the other race tracks on the annual Formula 1 racing circuit are purpose built race tracks, the Grand Prix at Monaco takes place on the streets of Monaco. Of course all other cars are barred from driving on the road during the Grand Prix and special barriers are set up for the safety of the drivers and crowds, but the if you happen to be in Monaco outside of Grand Prix time you can easily drive on the same roads that the racing is held on. The reason why the Grand Prix in Monaco is held on the public roads is that Monaco is tiny measuring less than 2 km squared. There is no room in Monaco to build a purpose built racing track.