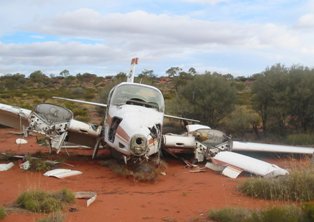 Looking for wrecked Australian aircraft remnants? Learn more about wrecked aircraft Australia and the different items salvaged from them…

One of the wreckages found in the Snowy Mountains belonged to the airplane known as Southern Cloud that was wrecked in 1931 and finally discovered in 1958. It was owned by the airline, which was operated by the two famous gentlemen known as Charles Ulm and Charles Kingsford Smith. The Southern Cloud clock is perhaps one of the few memorable remnants of the wreckage aircraft Australia.

This epic disaster was actually instrumental in spurring the need for guidelines and specifications to ensure safety when it came to air travel.

Since then this has led to the creation of many regulations and rules that ensure plane travel safety for all Australians. The first recommendation was the installation of radios in all commercial and civilian passenger planes to make travel safer for Australians. This ensures that pilots can always get weather reports in real-time as they fly out into different areas that might have turbulent weather.

To commemorate the history of the wreckage of aircraft Australia many events were organized at the local Tumbarumba Historical Society and Tumbarumba Shire Council, and many of the hundreds of guests were actually the descendants of the people killed in this crash more than 60 years ago. There is a new memorial lookout, which was opened to the south of the town where the wrecked aircraft was found. There have been many bushfires in that area and some of the wreckage has been covered under the re-growth.

A total of 102 wrecked aircraft Australia have been salvaged and removed from the Australian region of Papua New Guinea since 1942 until today. There is a fascinating collection of photographs, stories and information on  Australian wrecked aircraft. One of the first categories of aircraft that were salvaged included captured machines and is classified as war prize.

A total of 10 aircraft were categorized under this series and were acquired during 1942 to 1945. These aircraft included the A6M2 Zero 1575 salvaged, which was salvaged in the year 1942. Following the acquisition the aircraft was sent for evaluation and finally scrapped.