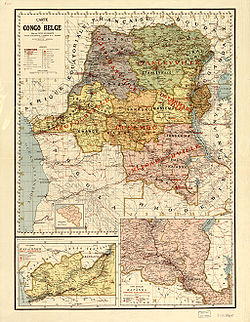 Want to know about Belgian Congo? Get a historical overview of the region of Congo and how it once existed as a Belgian colony.

Many people are not aware of the fact that what is today the Democratic Republic of Congo was once known as the Belgian Congo.

It was under the rule of King Leopold II that Belgium started advancing towards gaining control over the region of Congo. It started out by enforcements of certain treaties on the people of the region. Eventually the king appealed to the world to recognize Belgium’s claim to this African region and so it did happen but with severe resentment.

The annexation of Congo to Belgium was officially penned in 1908. Belgium then set up a governor general at Bona who would administer the colony from there. The governor general had a colonial council consisting of fourteen members. Under Belgium’s rule over the region they divided it into fifteen administrative districts. The Belgian parliament would then determine the annual budget for the region.

Belgium was successfully able to boost the vegetable oil production of the region of Congo. It went from a mere 2500 tons to a staggering 9000 tons in a matter of thirteen years. Along with which the region became a major exporter of uranium.

The improvement in the region however came when the Belgian government it self took over the control of Congo from King Leopold II. Under the government’s control the education system of Belgian Congo was substantially improved but it came under the Roman Catholic doctrine.

Belgium had control over the entire domain of political administration for the region. Belgian Congo thus existed as a colony for the country with no democratic institutions of its own. The head of the state was the King of Belgian but he was void of any political power. Every day affairs were handled by the governor general.

The Belgian government enforced some unjust laws and curfews on the local population. Although there was no such specific laws aimed at segregating the blacks from the whites in theory it was nevertheless pretty much the order of the day.

Over the years there were a number of Belgian politicians that raised a voice for the Congolese population. Some appealed to the government to relieve them of their suffering and introduce a more just system in the land. Others suggested that Congo itself should be made part of Belgium and the Congolese population should be given full political rights. Such ideas were detested by those in command and suppressed for as long as they could be.

The first attempts at giving the Congolese people partial political rights were materialized in the 1950s. Soon enough the calls for freedom were being heard all across the region. At the same time Belgium began to lose its interest in keeping Congo as a colony. The only interested individuals were the heads of state that made all possible steps to delay Congo’s independence. All such attempts were pushed aside with Congo finally becoming an independent state in 1960.