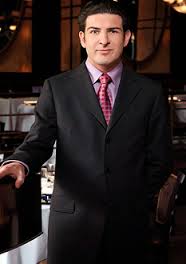 Want to know about Jean Phileppe Susilovic of Belgium? Read on to find out about the profile of the celebrity Belgian chef.

Jean Philleppe Susilovic is the name of a Belgian chef who has become a television star in recent years. The Belgian national chef made it big with the hit television show titled “Hell’s Kitchen”.

It was back in 1995 that Jean Phillippe met Chef Gordon Ramsey. It was in that year the Phillippe first joined a team of chefs known as Aubergine. The team was based in London and earned the title of Chef de Rang.

After some time the Belgian made his way to New York. He started his working life in New York with the big bang restaurant known as La Panetiere. During his time there he also worked with Danube and Daniel’s.

Soon enough Jean Phillippe left the United States to chase after a better opportunity in the Middle East. This time he was going to stop over in Dubai where he would take the position of restaurant manager in the super special restaurant “Verre” which was all set to be opened in Hilton Dubai Creek.

In 2007 the Belgian Chef moved to back to London where he was again hired as restaurant manager. This time the Belgian chef was working for Petrus situated in the Berkeley hotel of London situated alongside the British chef Marcus Wareing.

Jean Philleppe’s rise to fame however came with the American reality TV cooking show known as Hell’s kitchen. The show was centered on a cooking competition. It was broadcast in the United States as well as the UK.

The first season of the television show was broadcast in May 2005. The show continued to be broadcast through the coming years with the latest show being aired in January 2009.

The show features two teams, one in red and the other in blue. The two teams face off against each other in a cooking competition. Slowly the team members keep eliminating each other until very few members are left. At this stage they all become a single black team and compete individually against each other.

It is the reward and punishment system of the show that lends it a unique touch. The team or chef that wins the competition is given a generous compensation in the form of various rewards. On the other hand the losers have to perform kitchen duty for setting up the dinner.

Along side the main man Gordon Ramsay, the Belgian maitre d Jean Philippe Susilovis is amongst the leading cast members of the show. He served as the maitre d for the very first broadcast of the UK series of Hell’s kitchen and continues to be a prominent part of the show today.

Many world renowned chefs have made guest appearances in this unique cooking show. Amongst the other big names that have made appearances on the show are MaryAnn Salcedo, Scott Leibfried and Gloria Felix.