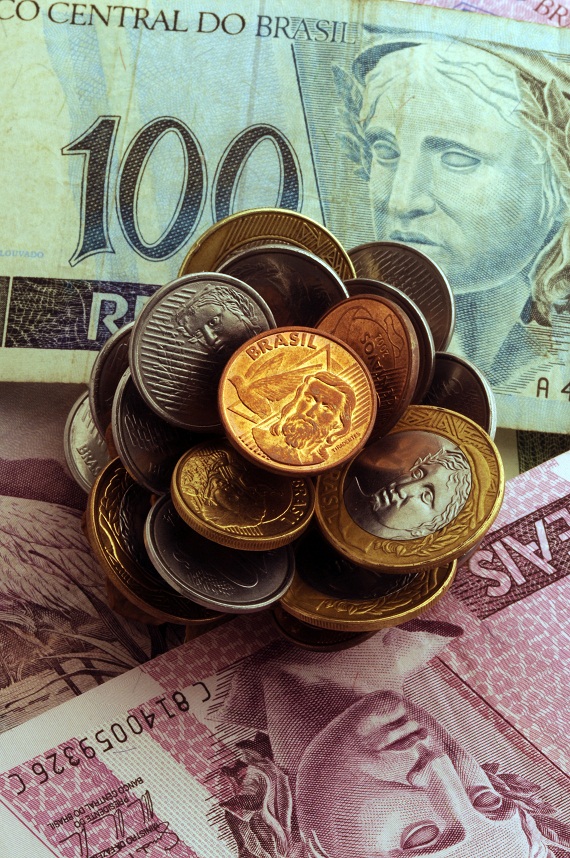 Planning a visit to Brazil? Find out about the currency in Brazil and how much it is worth in relation to money where you come from.

The currency in Brazil is called the Real (plural: Reais). However, the name of the money was only adopted in 1994. This was because in the past Brazil had lots of different currency due to fluxes and changes in the economy.

In the 1980s and early 1990s, Brazil saw very high inflation. For a time the currency or money used in Brazil was called Cruzeiros (until 1986) and then changed to Cruzado. Only a couple of years later a new currency was introduced to Brazilians called the Cruzados Novos (“new cruzados”). In 1990 another twist to the Brazilian money saga when the Cruzados Novos were stopped and the Cruzeiros returned!

Yet the story did not end there; in 1993, the Cruzeiros had three zeros shaved off them and were turned into Cruzeiros Reais. Finally in 1994, after the development of a new monetary plan, the new currency, the one we know today was born called the Real.

Want to find out how much the Brazilian currency is worth in relation to your own currency? Use this currency converter tool for free!