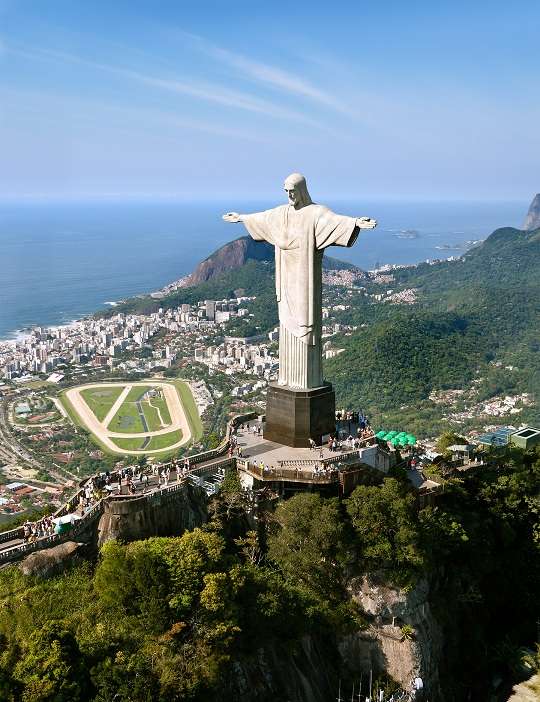 Ever questioned what, where, why and how about the Jesus statue in Brazil? Heitor da Silva Costa

The famous statue in Rio de Janeiro, Brazil, that many people see on TV is actually called the statue of Christ the Redeemer. It is located at the top of the Corcovado Mountain and is 710 metres high up. The statue shows Jesus standing upright with his arms outstretched to either side, supposedly representing welcoming arms. The Jesus statue has become a beacon for the Brazilian city and is now world famous.

The statue was designed by a Brazilian by the name of . As well as sculpt the 38 meter high statue he also oversaw the construction from 1926 to 1931 as he was also an engineer. The span of the statue from finger tip to finger tip is an incredible 28 metres. At the bottom of the Jesus statue there is also a small chapel which can accommodate around 150 worshippers.

For tourists visiting Rio de Janeiro as visit to the statue is a must! The left arm points to Rio de Janeiro’s north zone, the right to the south zone. It offers breath-taking views of the city such as downtown Rio, the bay, Sugarloaf Mountain and Copacabana and Ipanema Beaches. Soccer fans can also get a glimpse of the Maracana soccer stadium.

Rio, where the Jesus statue of Brazil is located, has a population of approximately 11 million people. It is the capital of Rio de Janeiro state and is located on Guanabara Bay (Atlantic Ocean). Although not the modern capital, it remains Brazil’s second largest city and is very much the cultural hub of Brazilian life. In addition many businesses are based there serviced by a fine international airport and underground system.