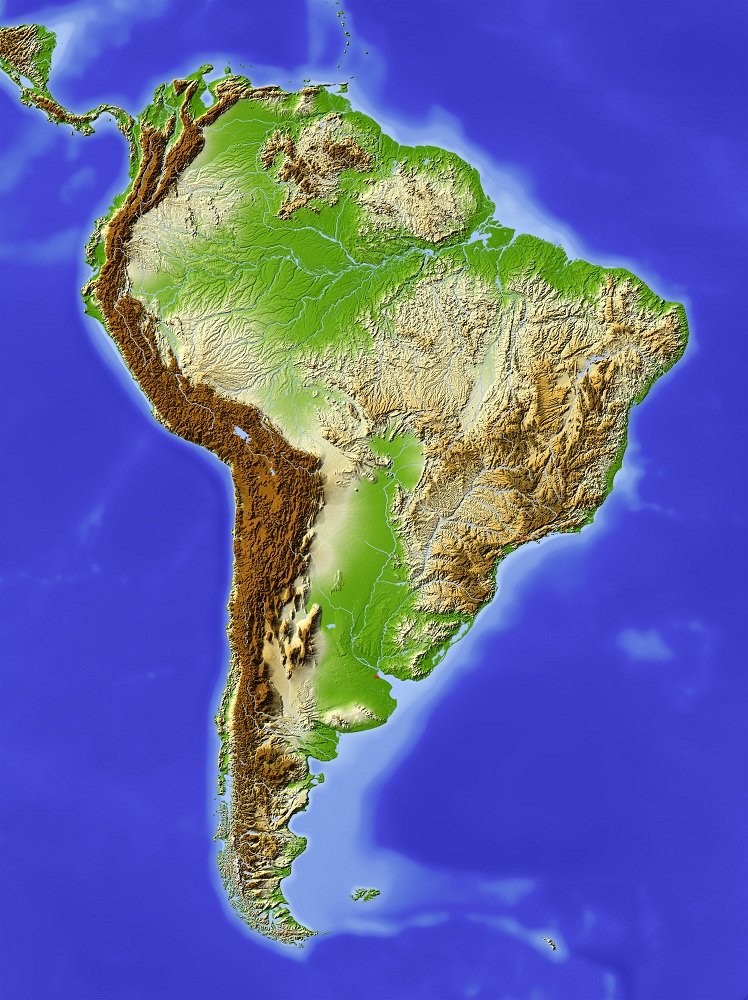 Travelling to Brazil is an amazing experience. The physical geography of the country offers the tourist everything from beaches to rivers to forests to mountains.

Brazil is a huge country and as with most huge countries covers a lot of land and has a varied physical geography. Brazil is so large that it in fact borders every single South American country except Chile and Ecuador. Contained within its 8.5 million square kilometres is an amazing array of territory.

Much of Brazil’s physical geography is actually unknown due to being inaccessible to humans. This stems from the fact that nearly 40% of the country is in the Amazon Basin. Most of the area is still not thoroughly explored and it is not uncommon for new Indian tribes to be discovered deep in the Amazon! A simple way of approaching Brazil’s geography is to slice it up into four regions.

Coastal Brazil refers to the band of land that lies between the Atlantic Ocean and the mountain ranges to the west. It stretches all the way from the Uruguayan border to the state of Maranhao, which is around 7500 kilometres long. Many of the mountain ranges actually come down to the coast. This stunning physical geography has created what is known as the “Great Escarpment”.

The Brazilian Plateau is a vast area that covers most of Brazil’s interior, south of the Amazon Basin. The area averages 500 metres in altitude and covers a part of almost every state in Brazil. Within this region there are many rivers and small mountain ranges that break up the physical geography.

The Parana-Paraguai Basin is a large wetland in the south of Brazil that also covers parts of Paraguay and Argentina. The physical geography of the region is characterised by forests, woods and scrubland. The Parana and Paraguai are actually the names of the two main rivers.

Due to Brazil’s unique geography it has a lot to offer the visitor. Whether you fancy an ecotour to discover the vegetation and wildlife or would rather catch some sun on the beaches, Brazil has it all.